Amanda Nunes: Cris Cyborg Fight Is The One ‘Everyone Wants To See’

All the MMA fans wondered whether or not we could be getting set for a huge champion vs. champion showdown featuring Cyborg taking on another dominant female competitor in current bantamweight champion Amanda Nunes.

Well, according to the UFC boss Dana White that may become a reality sooner rather than later.

White sat down to talk with Kevin Iole, and in addition to discussing numerous other topics surrounding the company and the year ahead, he was quick to let it be known that Nunes wants to be the next one to get a crack at the women’s featherweight champion. And he seems determined to make sure the fight happens next. White said:

“Amanda Nunes is a big, strong, powerful puncher. I think she matches up very well with Cyborg too, and I think that’s a fun fight. And that’s the fight to make.”

But bantamweight champion Cyborg disagrees. Cyborg responded with an official statement shortly afterward in which she said: she’d rather defend her title against another 145-pound fighter as opposed to Nunes, who currently holds the UFC’s 135-pound title. 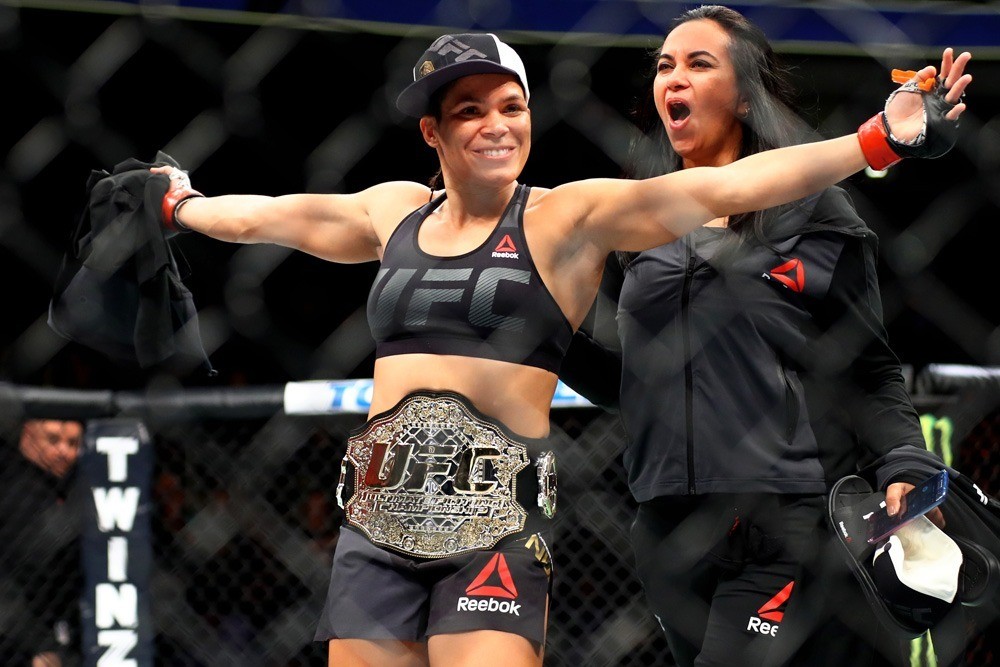 And now Amanda Nunes has put in her two cents on whether a matchup with the UFC women’s featherweight champion should go down. Nunes took to Twitter on Friday to declare that she is definitely interested in challenging Cyborg:

First of all, I have nothing personal against @criscyborg I do believe it is the fight that everyone wants to see and a fight where we can both leave our marks on this sport.

Last May, Nunes sounded disinterested in taking a fight with her fellow Brazilian star, but after recording her second consecutive title defense with a split decision win over Valentina Shevchenko at UFC 215, “The Lioness” is clearly open to stepping up in weight for the potential super fight.

Martyn Ford is a bodybuilder, actor, and model from the UK. He's most known for being intimidating in appearance, standing...