Rianna Conner is The Hottest Sergeant You Will Ever See 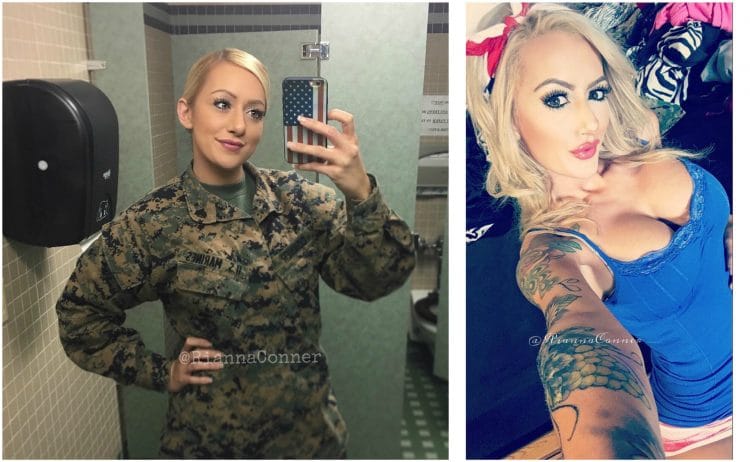 Since the dawn of the social media, society has seen the rise of mind-numbingly hot women, posting up to twenty pictures a day wearing clothes that could barely fit on a toddler. Then we started seeing an influx of specific kinds of hot women wearing barely any clothes, The fit chicks. 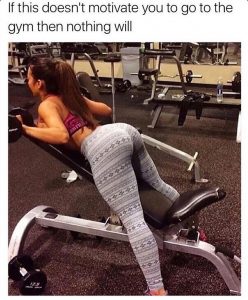 It wasn’t enough that they were super hot and good looking, they were all also very super fit. It has gotten to the point that if you are an attractive female, it’s a social norm to own an Instagram profile with at least 500 followers and at least 10 sexy fitness pictures. I’m sorry ladies, it’s just how girls these days roll. If it makes you feel any better, we guys don’t get it any better. Unless we are elite powerlifters and/or strongmen who are benching 500lbs and are 200lbs shredded, we can forget about having any social media pull among friends and women.

Moving along now, we return to the hot lady of the day, who is taking the internet by storm. Gentleman(and ladies) meet Sergeant Rianna Conner, of the United States Marines. She also goes by her superhero name of “Combat Barbie”.

This real-life GI Jane is a California born and raised farm girl who, nowadays, can be found living in South Carolina. She describes herself as a “woman’s woman” and  “a faithful friend”. She also has the following to say about herself:

“I won’t run off with your man. I won’t hate you because you’re beautiful. I won’t put you down. “

“I’ll tell you if there is lipstick on your teeth. I’ll celebrate your success as my own. I’ll keep your secrets. I’ll fiercely defend you. I’ll laugh with you and cry with you.”

Cool stuff, if you ask me. When she’s not being the hottest sergeant ever, she studying for a bachelors degree in mass communication and journalism

Right about now, you’re probably either getting a super boner or questioning the validity of her claims. Well, according to a maxim coverage on the lovely real-life Barbie, she spent seven years in service protecting The Star–Spangled Banner of the glorious country that is the United States of America.

The blonde bombshell embraces the internet fame with her arms wide open. She often goes into great detail on her Instagram about body positivity and speaking against body shaming. Here’s one of her motivational/inspirational quotes which were accompanied by a sexy bikini pic, which the modern day Marilyn Monroes claim is the one that launched her into internet fame.

As you can see, Sergeant Conner doesn’t pull any punches when talking about herself. She tells it like she sees it. If you are one of the people that asks yourself what would/do her parents think of her daughter taking sexy -boobies filled- selfies, modern-day Marilyn Monroes replies with the following:

” “What would your parents say?!” HAHA! My Gramma and Momma ALWAYS tell me, “Rock that body while it’s still hot baby!!!” “

Let this be a lesson to all the haters who think they can hurt this military babe’s feelings, you are dead wrong. Your words don’t hurt her and she’s living the life to the fullest. Also, let miss Conner’s story be an inspiration to all insecure ladies out there. Don’t let negativity get to you. Embrace your uniqueness and celebrate it with the world.

Frank Grillo Shares His Secret, How He Maintains 5% Body Fat At Age 52