Frank Grillo Shares His Secret, How He Maintains 5% Body Fat At Age 52

Captain America’s incredibly fit actor offers up his advice for staying lean on ‘The Tonight Show With Conan O’Brien’.

Frank Grillo maintains an astounding only 5% body fat at the age of 52-years-old. That’s a body fat percentage that most teenagers in peak physical condition would never even be able to reach but Frank Grillo is crushing it at an age where 18-22% is considered ‘healthy’ and 22-28% is still below the ‘obese’ mark.

What’s the secret to his fitness success? The familiar, reliable one-two punch of exercise and diet—but not just any exercise and diet. The actor, who played “Crossbones” in Captain America: Civil War and Captain America: The Winter Soldier, admits that he’s been training like a professional fighter and maintaining a Paleo diet for years. Those years of dedication have clearly paid off.

Frank was a guest on Conan last night where Conan O’Brien tried his hardest to grill him on how he maintains a ridiculously trim 5% body fat at the age of 52. Mr. Grillo did a pretty good job at deflecting the question but ultimately gave in and answered Conan’s queries:

He’s also known for The Purge: Anarchy and The Grey (2011) with Liam Neeson.

His keys to staying comically fit at 52-years-old? Training like a professional fighter and maintaining a Paleo Diet for years. In other words, if you want 5% body fat at his age you’re going to have to live a life devoid of food with taste because the Paleo Diet might be the blandest food trend to ever hit America.

But Paleo works, and if you want to get trim then it’s certainly a viable option to achieving that goal. Personally, I love food too much to ever eat like a caveman so I’ll just embrace my climbing body fat percentage.

Rianna Conner is The Hottest Sergeant You Will Ever See 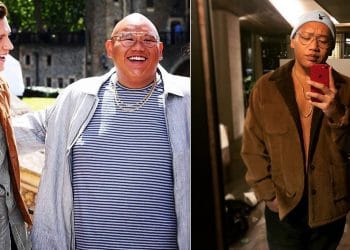 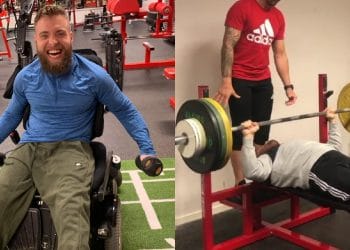