The athletes in question will be unable to compete in any CrossFit events until 2025. 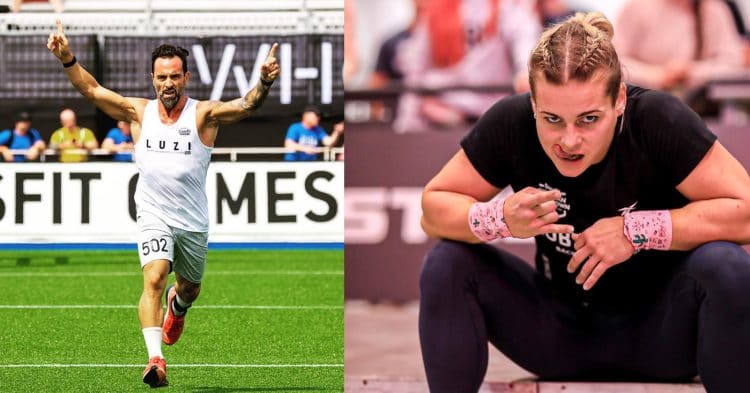 A pair of Games athletes tested positive for banned substances and will be unable to compete in CrossFit competitions until 2025. Svetlana Kubyshkina and Bernard Luzi both had their appeals denied, therefore both athletes will be banned from all CrossFit events for 4-years.

The two athletes were temporarily banned from competition for 4-years. On Dec. 3, 2021, the two violations were announced by CrossFit.

A Pair Of CrossFit Games Athletes Are Facing Lengthy Suspensions

Finishing 1st in the Masters Men 50-54 division at the 2021 CrossFit Games, Bernard Luzi, from Italy has been suspended from competition. CrossFit announced a urine sample provided by Bernard Luzi revealed banned substances, which included a hormone/metabolic modulator, meldonium.

“I was wrong. No story to tell. No commiserating post to justify my lightness. I tested positive for a banned substance during the Games. This communication devastated me. In recent years, my job has been to compete. As a professional athlete, I have to be aware and aware of everything I do for my preparation, from training to nutrition. I have a responsibility to know what is present in every pre-workout, supplement, medicine I administer to my body. But I failed as those who prescribed them failed. I am a man before an athlete. And what happened proves it.”

“Anyone who knows me knows that I would never have compromised such an important result and tried with sacrifice, taking on a substance that would have undermined my fitness. I will respect any decisions that CrossFit makes after the appeals process is closed. I apologize to all those I have disappointed and who have always believed in me, starting with my mother, my sister and my daughters. All my sponsors are exiled from what has happened. Today I lost the trust of my Coach, my team and all those who have seen me as a real athlete. The official news can be found on games.CrossFit.com Now I await the review of the required documentation.” Luzi shared.

Games athlete Svetlana Kubyshkina was tested outside of competition on August 29, 2021. Kubyshkina’s urine sample came back with positive traces of methenolone and its metabolite, 3-a-hydroxy-1-methylene-5a-androstan-17-one.

The Russian athlete’s sample also contained furosemide and trimetazidine. In summation, methenolone is in a class of anabolic agents. Furosemide has diuretic qualities and is also used as a masking agent. Trimetazidine is a hormone and metabolic modulator, and all of the aforementioned substances are banned from CrossFit competition.

“Victory at any cost or health? Every year the priority shifts towards the second. Amuse your aunts or really be aware of yourself in your well-being. Feel yourself and your body, and most importantly, feel 👌🏻 good. I am constantly learning and teaching you. Competent training and the right approach to them. If you are interested, write, I will help you solve many physical problems❤️🌿” Kubyshkina shared.

While Svetlana Kubyshkina has appealed her case it has since been denied. The Games athlete’s 4-year ban ends on August 28, 2025 (a 4-year retroactive ban from the date of her urine sample drug test failure). While Kubyshkina was less apologetic, she intends to learn from her mistakes.

According to CrossFit, the two Games athletes will be banned for 4-years retroactive to their positive urine samples provided. It will be some time before we see Kubyshkina and Luzi back in action.