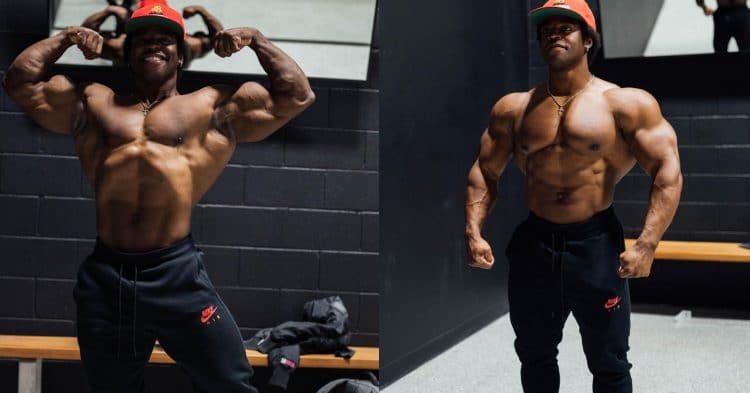 Breon Ansley took to YouTube to discuss his time training at the infamous Oxygen Gym in Kuwait known for pushing the limit. Lately, the gym has been under the weight of some criticisms from bodybuilders. While Ansley admits training at Oxygen Gym is intense, his experience overall was positive, unlike many bodybuilders before him.

Oxygen Gym in Kuwait is notorious for its reputation of pushing athletes to extremes. But the proof is in the pudding and the gym has produced some legitimate players in the bodybuilding scene. Bader Budai owns the gym and has been known to sponsor and finance some notable bodybuilders.

The Oxygen Gym in Kuwait is facing criticism after multiple bodybuilders went down there to train. Apparently, the exercising regiment and the increased gear/supplements they continually pushed were enough for Big Ramy to depart from the gym back in 2018.

“I would say my experience, my personal experience was incredible. I had the utmost support from Bader. I had Chris out there. You know, all of the guys. You know that trained in the gym. All of the competitors and just regular gym-goers, they were all great and all supportive. Yeah, everything was great. Everything was absolutely wonderful.

Yeah and the energy with Rolly in there and Ramy at the time, Ahmad was in there training. Ahmad Axomoni, yeah and Brandon, and shit, I was roommates with Brandon. We stayed together so that was really cool. So yeah nothing but great things for me to say about the experience there in Kuwait at the Oxygen Gym. My ears haven’t been on the streets to what’s going on, so I don’t know what happened.” Breon Ansley said.

In addition, Regan Grimes recently opened up about his harrowing time at Oxygen Gym. According to Grimes, the nature of the atmosphere was so intense that he struggled to ask to go home for Christmas. During his time in Kuwait at the Oxygen Gym, Grimes was unable to keep up with the intensity of the training. As a result, Grimes gained nearly 40lbs in a few short weeks. While Grimes admits the gym’s style works for some, the manner of training ultimately worked against him.

2019 Mr. Olympia champion Brandon Curry still trains at Oxygen Gym. Powerhouse athlete Curry has called the gym the “Disneyland of bodybuilding”. As a bodybuilder who made a pivotal transition to a new gym, the former champ has no regrets about his decision to train at Oxygen Gym.

Ansley Believes His Maturity Will Only Assist In Competition

Since four men out of the top-5 at Mr. Olympia were in their 20’s last year, Breon Ansley interestingly underlines the value of his age as an advantage moving forward.

“Oh, I feel it’s an advantage. Because it’s just as well, we were talking about, the maturity. The quality of the muscle, you know. I feel now that, even with, even with certain little nagging stuff I have, when I am close to 100% my strength, my strength stride is the highest that it’s ever been.

You know, my strength endurance strides, so that I’m able to actually, even now, you know still lift heavy, and recover fast in between reps. I mean, in between sets, and then go again. Yeah, I’m at an all-time high right now.” Breon Ansley explains.

Breon Ansley is confident the maturity of his muscles and his mindset will be the deciding difference when it’s time to pose again at the next Mr. Olympia. While the Oxygen Gym has been under fire by many bodybuilders, Breon Ansley had nothing but nice things to say about his time training there.

Watch The Full Interview Below: