It's no surprise to see the defending champs in the lead after just the first two events at the Games. 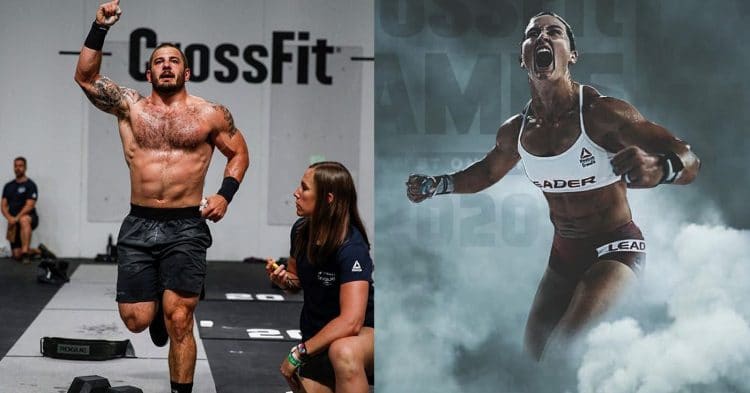 The 2020 CrossFit Games is officially underway with stage one, block one events, two familiar faces top the leaderboard. Four-time Fittest Man on Earth Mat Fraser and three-time Fittest Woman on Earth Tia-Clair Toomey are currently ahead of the pack following their performances in the “Friendly Fran” and 1-rep-max front squat.

This year was a unique format due to the current global health situation, and so it’ll occur in two stages with 60 athletes competing in seven events over the span of two days, remotely. The finals will take place next month in Aromas, California where the top 5 men and women will battle for the title and $300,000.

Results From The 2020 CrossFit Games

Griffin Roelle would blow away the competition in this event with a beastly 490lb front squat that moved him up to third place after having finished 9th in the first event. After him was Tyler Christophel with a 457 lb performance, followed by Justin Medeiros, 437 lbs, Mathew Fraser, 425 lb, and Chandler Smith, 424 lbs.

So Fraser placed 4th in this event which was good enough for him to remain on top after the first two events.

Tia-Clair Toomey edged out Laura Clifton to win the second event by completing a 313lb front squat, while Clifton achieved a 302lb front squat. The remaining competitors weren’t too far behind though, with Kara Saunders front squatting 294 lbs, Dani Speegle putting up 293 lbs, and Amanda Barnhart making the top 5 with 291 lbs.

Mat Fraser (188 points) from the US and Australia’s Bayden Brown (172 points) sit in the one and two spots after block 1 events, while the Australian’s Tia-Clair Toomey (200 points) and Kara Saunders (188 points) are first and second at the moment.