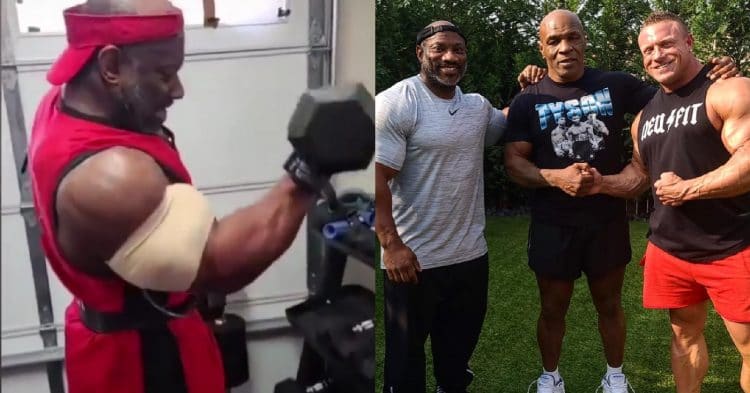 The 2020 Mr. Olympia could very well be the last time that we see Dexter Jackson compete on stage. If this is true, you can rest assured that he is pulling out all the stops in training, after his most recent update.

Although he has since appeared to change his mind, Jackson headed into 2020 with the intent to retire after the Mr. Olympia. His only concern with doing that now, is whether or not he will be able to have fans attending his last time stepping on stage. The 2008 Mr. Olympia winner will be 51 years old by the time this year’s Olympia comes along, but he would hate to end his career without giving fans the opportunity to see him compete one last time, in person.

Whether or not he chooses to walk away after December, it is clear that Dexter Jackson is looking to give it his all for this competition. His Instagram has been full of his training footage recently, as he has been amping things up to begin his prep for the show. A big component to his prep this year comes from working with Brad “The Electrician” Rowe, who has been helping him absolutely crush his arm training.

Wether it be with curls or rows, Jackson and Rowe have been grinding away for a few weeks already. The effects of this partnership are evident already, as Jackson is already looking jacked. This is honesty starting to seem like the most motivated he has been in a long time.

Surprisingly enough, Brad Rowe is not the only legend that Dexter Jackson has been training with. Although the other iconic man who he has been spending time with is not a bodybuilder. A recent post to his Instagram sees Dex working alongside the former heavyweight champion, and soon-to-be returning Mike Tyson. It is unclear what the three of them did together, but it was no doubt intense.

“Master electrician/trainer @bradbrowe put a shock on me and the champ @miketyson ass like no other yesterday!! These two old men about to bring it!!! We bout to shake up the world!!”

There has been a split in the bodybuilding community, as to what can be expected from Dexter Jackson this year. If this is truly his last competition, the question becomes whether or not we would see a motivated Dex, or one who is just looking for one last hurrah. If these early training sessions are any indication, it seems that we will be looking at “The Blade” trying to end his career on top, putting his max effort into this prep.