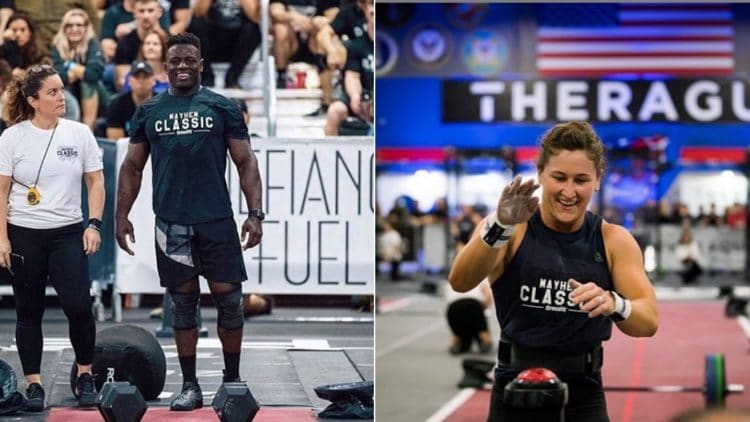 The 2020 Mayhem Classic went down over the weekend, in Cookeville, Tennessee. This is the complete results from the event.

The Mayhem Classic was the first Sanctional event of the year, and as such was highly anticipated. Therefore, when the action kicked off on Friday, fans were glued to CrossFit Mayhem’s YouTube channel, until the awards ceremony on Sunday. Moreover, this became even easier, as the events delivered, providing some exciting moments throughout the weekend.

As the dust settles, and the 2020 Mayhem Classic goes into the history books, we recap the event that was. While the competition was fierce, only two spots could be handed out to the 2020 CrossFit Games. This is who won the weekend’s events:

The men’s side of the Mayhem Classic saw a ton of great, back and forth work. Nobody was able to secure a true lead over the weekend, with Smith and Schafer being essentially neck and neck. Nevertheless, it would be Chandler Smith who scored the win. Although he was already qualified for the Games, though the Open, so his invite went to Luke Schafer regardless.

On the other hand, things were cut and dry for the women of the Mayhem Classic. Tia-Clair Toomey tore though her contemporaries, as she has begun to be known for doing, scoring six event wins. Despite that, it would be Danielle Brandon who ended up with the invitation to the Games, as both Toomey and O’Connell were already qualified.

All in all, most of the athletes who competed at the 2020 Mayhem Classic performed well. Congrats to the winners, as well as those earning their spots in this year’s Games. Following this event, the next of the CrossFit Sanctionals is the Strength in Depth event, on January 24th.