Today is the final day of the 2019 CrossFit Games. As the event came to a close, former champion Tia-Clair Toomey put a big stamp on her excellent overall performance.

Going into the final day of the CrossFit Games, Toomey had been showing amazing skills across the board. She crushed her female competition in the majority of the games. Toomey’s goal is to be the first female to win the CrossFit Games three times, and she was showing skills to back that up.

So when it came to the Swim Paddle Event, on the last day, Tia-Clair Toomey was already expected to do well. However, what few expected was just how amazing she would do. She was working her way back from a third place performance in the third day of the events.

The Swim Paddle was a 1,000m swim, and paddle. All ten remaining males and females would compete together, with a 50 minute time cap. The start of the event would see both Toomey, and felow Austrlian Matt McLeod first out of the way, establishing solid leads.

Noah Ohlson and BK Gudmundsson were off to strong starts as well, on the men’s side. However, on the women’s end, it was former competitive swimmer Amanda Barnhart who was second out. Unfortunately, she would eventually fade and fall behind.

Despite this, nobody was a match to Tia-Clair Toomey. She would finish the race in first place, ahead of all other male and female athletes.

Followed closely behind her was McLeod, who was neck and neck the majority of the race. Toomey even jokingly waved him on after finishing the race.

This strong performance should firmly establish Tia-Clair Toomey’s place as 2019 CrossFit Games Champion. Here are the full results of the event.

What did you think of the 2019 CrossFit Games? 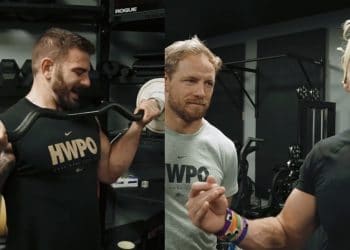 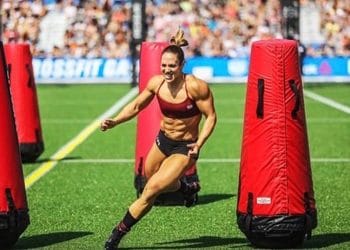 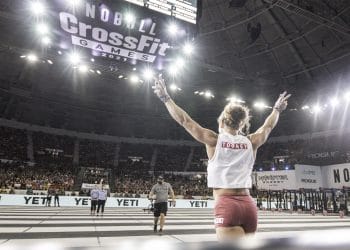 The 2022 NOBULL CrossFit Games season will kick off with the 2022 CrossFit Open that is scheduled to take place... 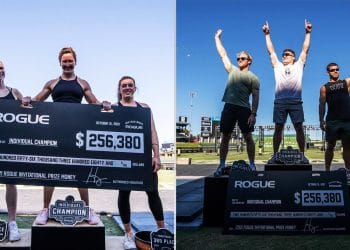 2021 Rogue Invitational CrossFit Individual competition is in the books. 40 of the world’s most elite athletes competed for the...