Shaq To Be Ambassador At 2020 Mr. Olympia 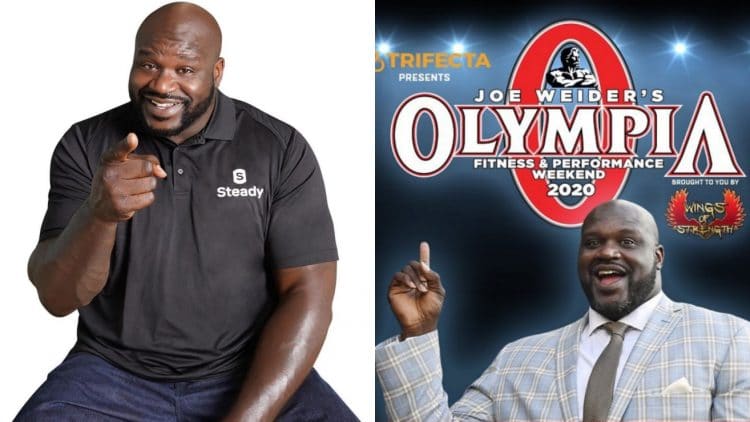 Shaquille O’Neal has made it clear that he has a passion for bodybuilding. This passion is paying off, as he will be an honorary ambassador at the 2020 Mr. Olympia.

Shaq is one of the best basketball players of all time. As a result, he has become one of the most recognizable faces in the world, a true household name. Therefore, many people think they know every side there is to know about O’Neal.

However, some people may not know that Shaq has a passion for bodybuilding, just as much as basketball. He can be seen doing work with various bodybuilders. Moreover, as a big guy himself, he has even posted videos doing his best at bodybuilding poses.

This work that Shaquille O’Neal has been doing alongside bodybuilders is really starting to pay off. According to an Instagram post from Mr. Olympia’s official page, he will be attending the 2020 Olympia event. Furthermore, he gets the honor of being appointed Honorary Ambassador of the event.

“Chief Olympia Officer Dan Solomon explains, “In recent years, Shaq has become an enthusiastic supporter of Olympia Weekend. He follows the bodybuilding scene with the same authenticity and passion that has made him one of today’s most sought after product endorsers and a powerhouse in the world of business and entertainment. Shaq was in attendance at last year’s Olympia and his relationship with the fitness community continues to evolve.” One of the most popular athletes of his generation, Shaq’s interest in bodybuilding and fitness will also be on full display the month before Olympia Weekend when he teams up with former IFBB Professional Bodybuilder Roc Shabazz for the inaugural ROC ATLANTA EXTRAVAGANZA presented by SHAQUILLE O’NEAL. Sanctioned by the NPC and the IFBB Professional League, the August 22nd event will be held in Atlanta.

Recently named Shaq’s Chief Fitness Officer, Shabazz adds, “When Shaq puts his name on something, you know it’s gonna be big. We are planning a great experience for the fans, athletes and sponsors.” For 55 years, Olympia Weekend has been the signature event on the fitness industry’s calendar. Spearheaded by attendance and sponsorship increases at the 2019 event, plans are already underway for 2020 and organizers have begun laying the groundwork for a series of upgrades to its popular arena production and convention center tradeshow.”

Shaquille O’Neal will be using this role as ambassador to help promote the event. Hopefully, his influence will help boost the profile of the event, and shine a brighter light on the top bodybuilding competitors.