After some debate on if the show would take place, a date for the 2021 Arnold Classic Ohio has been revealed 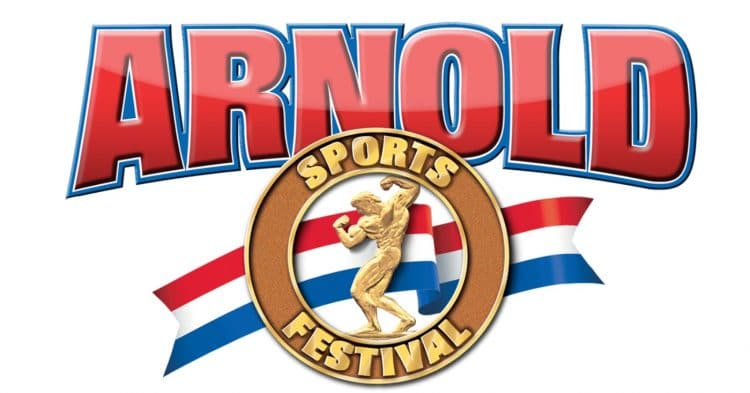 One of the biggest shows in bodybuilding is set to make its return. After doubts about whether or not it will take place, there is a new date that has been revealed for the 2021 Arnold Classic Ohio.

The Arnold Classic, much like the Mr. Olympia, is one of the biggest shows in all of bodybuilding. Every year, a ton of the best athletes in the world come out, and compete to earn an invitation to the Olympia, and the respect of their fellow competitors.

This event is just one part of the Arnold Sports Festival, which allows fans to experience the action in a wide variety of ways. Typically those who attend will get to enjoy an expo, with athlete meet and greets, and a whole lot more.

Last year’s Arnold Classic took place in March, which was right at the beginning of the global pandemic. This made it one of the first major sporting events to be affected.

As the months ticked away, fans were awaiting an announcement about when this year’s Arnold would take place, after initial announcements of it being delayed. Now a post to their Instagram page has revealed that the contest will take place September 25th, in its home of Columbus, Ohio.

“THE ARNOLD CLASSIC IS BACK!” the statement reads.

“ARNOLD CLASSIC, OTHER IFBB PRO LEAGUE CONTESTS TO RETURN TO COLUMBUS ON SEPT. 25

The world’s best bodybuilders and the fittest men and women on the planet will battle for $412,000 in prize money when the 2021 Arnold Classic and related IFBB Pro League contests return to Columbus, Ohio on Saturday, Sept. 25.

“It is important to offer full prize money at the Arnold Classic this year,” co-founder and promoter Gov. Arnold Schwarzenegger said. “The athletes deserve to be rewarded for their hard work and dedication during this difficult year. We promise to make this year’s Arnold Classic one to remember.”

The 2021 Arnold Sports Festival, originally scheduled for March, was postponed due to the coronavirus pandemic.

“The Arnold Classic has been held for 32 consecutive years and it would be unthinkable to go a year without providing the athletes the opportunity to compete,” Schwarzenegger said. “My support of the sport of bodybuilding is enormous and, with the help of our sponsors, we are committed to making this year’s Arnold Classic a tremendous success.”

This year’s Arnold Classic will pay homage to its roots as competitors in the Arnold Classic and three other IFBB Pro League events: Classic Physique, Fitness International and Bikini International – compete for bodybuilding’s most prestigious prize on the Battelle Grand stage at the Greater Columbus Convention Center.

Tickets for the 2021 Arnold Classic will go on sale June 15.

The 2022 Arnold Sports Festival – including the Arnold Fitness EXPO, Arnold Classic, Arnold Amateur Bodybuilding Championships and an unprecedented lineup of physique, strength, combat and related sports and events – will return to the Greater Columbus Convention Center from March 3-6, 2022. More information will be released soon.”

There was a lot of information to unpack from this announcement, including the massive amount of prize money up for grabs, with the sum reaching a hefty $412,000. On top of that, it was also revealed that tickets for the 2021 Arnold Classic will go on sale beginning June 15th.

Additionally, the post included information regarding the date of the 2022 Arnold. Despite the delayed schedule this year, the current plan is for next year’s contest to take place in its traditional March slot, going down from the 3rd-6th.

This was not the only news regarding the Arnold Classic to come out on Tuesday. In addition to this news about the Ohio event, we also have an update on what to expect from the Arnold Sports Festival South America.

Another post to their official Instagram revealed that the contest is being delayed again, after already being pushed to October. It will now take place in 2022, with the date for the contest being set for April 22nd-24th, at the Expo Centre Norte, in Sao Paulo, Brazil.

The post is in Portuguese but it explains that South America is still working to roll out vaccines to their citizens. However as things currently stand, they felt it unsafe to try holding the Arnold Classic South America in 2021.

Stay tuned to Fitness Volt for further updates on the 2021 Arnold Classic, and other events.

Hunter Labrada Is ‘Coming For Blood’ In 2021, Will Retire At 35 If Not Olympia Champ