The Coronavirus has caused a lot of concern heading into 2020 events. 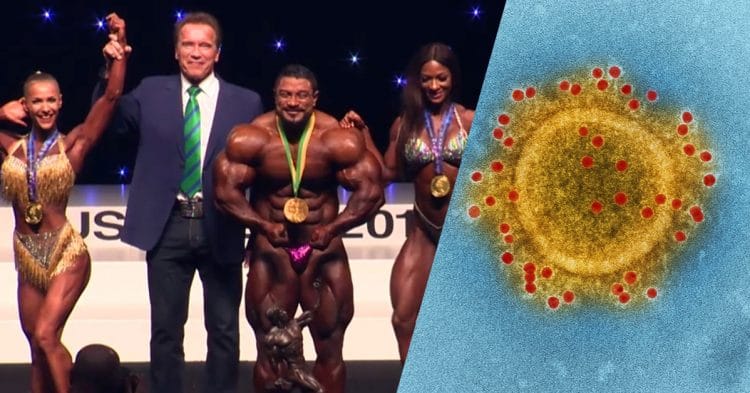 The Coronavirus outbreak is causing quite the scare as it has resulted in several cases of respiratory disease, severe illness, and apparently a few deaths as well. It has been detected in 57 locations internationally with a few reported cases in the US. Well, the Arnold Sports Festival, which is a massive fitness event; is not taking this lightly and according to reports, a medical team from Mount Carmel Health will be on hand at the upcoming Arnold Classic to screen all 22,000 athletes upon check-in.

Update: BREAKING: Arnold Sports Festival Will Have No Spectators, Only Athletes Due To Coronavirus

TONIGHT on @wsyx6: For the first time ever, a medical team from Mount Carmel Health will be screening all 22 thousand athletes for signs and symptoms of coronavirus, upon check-in to the world-renowned event. People from more than 80 countries will be traveling here. pic.twitter.com/lKckBlJmhh

The Arnold Classic event will take place on March 5-8 at the Greater Columbus Convention Center in Ohio and is expected to have over 200 thousand people. But the events are scheduled to carry on as originally planned with the screening and additional preventative measures being the only change, according to Communications Director Brent LaLonde who spoke with the local ABC 6.

“We haven’t felt an impact,” explained LaLonde. “We haven’t heard concerns from any sports groups yet as we go into the weekend. It’s something we are monitoring. We will be communicating best practices and good hygiene with our attendees.”

Event organizers have even made sure to stock up on hand sanitizer for easy access to attendees.

“It is such a developing story,” said LaLonde. “We’ve had the discussion about the potential impact on attendance. It’s not a big concern at this point but our event is a week away so we’ll see how the story develops between now and then.”

John Glenn International Airport expects a significant increase in travelers and it’s advisable to arrive at the event early as there will be long waits. But airports will be on high alert regarding items, although John Glen is not screening for the virus. But a little chaos is to be expected for the weekend of events.

And hopefully, all of this doesn’t take away from the excitement and celebration of the 32nd annual Arnold Sports Festival events as it’s a very significant multi-sport competition bringing in athletes from 80 nations, and consisting of 80+ events. Not to mention, it’s excellent for the local economy.

“It obviously has a huge impact on tourism, says LaLonde. “It brings money to hotels, restaurants and all of our shopping districts.”

We also learned that the FIBO, which is a popular Bodybuilding and Fitness trade show expo has been postponed until the second half of the year. It usually brings in about 145,000 visitors from over 130 countries every year.

“THIS IS NOT A DECISION WE HAVE TAKEN LIGHTLY; OUR CUSTOMERS, PARTNERS, AND THE FIBO TEAM WORKED INCREDIBLY HARD ON THIS EVENT. WHILE IT IS DISAPPOINTING TO POSTPONE, IT IS IMPERATIVE THAT WE PRIORITIZE THE HEALTH AND SAFETY OF EVERYONE INVOLVED.

OUR GOAL REMAINS TO PROVIDE THE BEST CUSTOMER VALUE FOR EVERYONE ATTENDING FIBO.”

The Coronavirus is really an unfortunate occurrence and we hope it gets under control, although not likely at this point. But good move on the Arnold Sports Festival organizers for being as prepared as possible and FIBO for prioritizing safety over competition.

Lauralie Chapados is the 2022 Arnold Classic Bikini International champ. She brought her trademark shape and conditioning to the 2022...

The Arnold Sports Festival is fast becoming one of the biggest sports contests on the planet. The 2022 Arnold Classic...