Hunter Labrada Is ‘Coming For Blood’ In 2021, Will Retire At 35 If Not Olympia Champ

Hunter Labrada discusses his plans for the year, and says that if he is not Olympia champ by age 35, he will retire 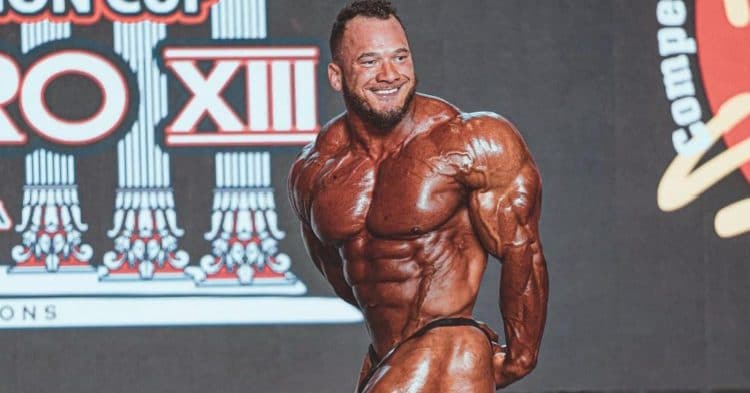 As the son of bodybuilding royalty, there is a lot of hype and intrigue surrounding Hunter Labrada and his bodybuilding career. However we may only have a few years to see him compete, if things do not go his way.

When word broke that the son of the great Lee Labrada would be following in his father’s footsteps, fans were instantly captivated. After all, Lee was one of the best in his era, and if Hunter could bring a similar level of genetics and hard work, he could very well win the Olympia title.

Although he is only four years into his pro career, Hunter has looked ready to live up to all the hype behind him. Not only did he win the 2020 Tampa Pro to get his first invitation to the Olympia, but he then turned that into a solid 8th place score, beating the likes of Dexter Jackson and Justin Rodriguez.

However Hunter Labrada has no interest in slowing down from here. In fact, as he explained in a recent interview, he feels the exact opposite and only wants to show more skill in 2021.

The way he explained it, he was a bit star struck by the big lights of the Olympia, and the general experience of winning his first pro show. However he has now gotten past that and plans to not hold back in the coming months.

“I started bodybuilding four years ago, and (last) year we were on the Olympia stage. So I feel like I got all of the ‘It’s nice to be heres’ and ‘This is really cools’ out of me (last) year, so I’m coming for blood this year,” Labrada said.

With an eighth place score in his first Olympia, Hunter is in a great position, but still has a lot of room to grow. He has been hitting the gym hard too, in order to keep making gains.

At 29 years of age, Labrada has a bright future ahead of him, with many speculating that he could contend for the Mr. Olympia throne in the near future. However he has a certain timeframe that he wants to complete this in, otherwise he will retire.

He says that if, by the age of 35, he is not either defending the Olympia throne or a top contender for the title, he will walk away from the sport. He says that there is a life outside of bodybuilding, and if he is not the best in the world, he has no interest in competing.

It will be interesting to see how the rest of the career of Hunter Labrada plays out, and if ends up retiring at 35 years old. Either way, he has a lot of potential and some big shoes to fill.