Wesley Vissers and Adrianna Kaczmarek earn invitations to the 2021 Mr. Olympia after big showings at the Battle of Champions 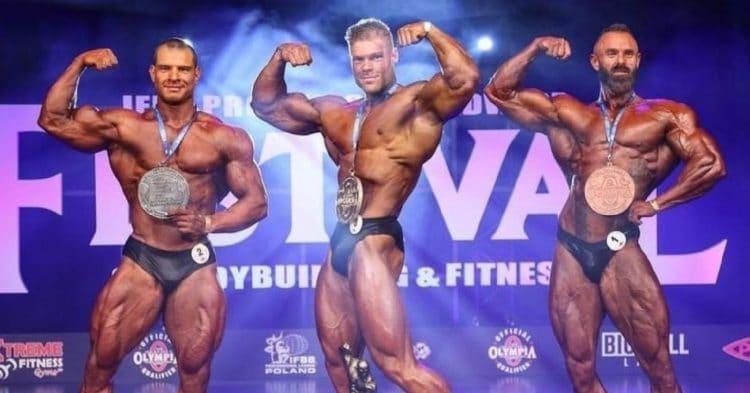 The 2021 IFBB Pro Battle of Champions took place August 29th, in Warsaw, Poland. By the end of the contest, Wesley Vissers and Adrianna Kaczmarek would walk away with invitations to this year’s Olympia, by winning this contest.

Without a doubt, the Battle of Champions is one of the smaller IFBB Pro shows of the year, but it still comes with some high stakes, as the winners still earn invites to the 2021 Olympia. This year the contest only consisted of Classic Physique and Bikini competition, making it a short and sweet contest with a total of just 20 athletes participating across both divisions, combined.

Among these was Vissers, a Classic Physique competitor from the Netherlands, who was looking to right the ship after coming in a somewhat surprising third place at the Portugal Pro, a few weeks back. He would get the vengeance he was seeking too, coming in first place to win the show and secure his spot on the big stage this October.

As for the Bikini competition goes, Adrianna Kaczmarek made her mark by having a great showing against the eleven others who competed at the Battle of Champions with her. With her first place showing here, she will join the super stacked lineup of Bikini competitors who will grace the stage in Orlando, at the Olympia later this year.

While this was far from the biggest contest of the year, it was a fun one with a lot at stake nonetheless. It gave European athletes another chance to qualify for the Olympia, and show their skills against the best in the world.

Here are the complete results of the 2021 IFBB Pro Battle of Champions:

Obviously this was a big win for both Wesley Vissers and Adrianna Kaczmarek, as they each earned Olympia invitations thought the 2021 IFBB Pro Battle of Champions. Wesley posted to his Instagram to celebrate this moment, and look ahead to what the Olympia will bring.

” We did it!! We’re going to the Olympia! I have to be honest this feels really good🙌” he wrote.

“Incredibly happy with the package I brought. The conditioning improved and I was just a bit fuller. Professional footage coming up.”

Adrianna Kaczmarek also posted to her Instagram to celebrate this win. Still in shock, she was excited to win a show in her home country, and ready to bring a better version of herself to the Olympia stage.

“FIRST PRO show in my country, could happened everything but I finished this day in that way… 😭🙏🏼🤍 WE ARE GOING TO ⭕️LYMPIA 😭🙏🏼 again… still can’t believe, have no words yet 😭🙏🏼” she wrote.

Congratulations to Wesley Vissers and Adrianna Kaczmarek for winning the 2021 IFBB Pro Battle of Champions. It will be exciting to see them join the lineup at this year’s Olympia.