Just because Mat Fraser has retired from competitive CrossFit, does not mean he is missing out on gains in the gym 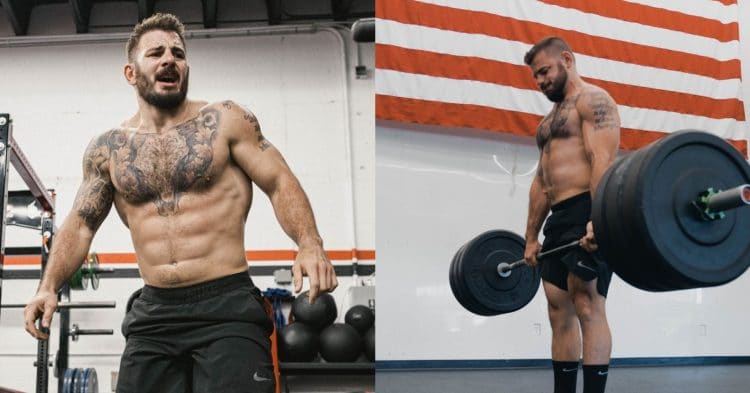 At the 2021 CrossFit Games a few weeks ago, we saw a new Fittest Man on Earth crowned, after the retirement of Mat Fraser. However just because he is no longer competing, does not mean he has given up on pursuing big goals.

Fans were shocked that Fraser announced his retirement, simply because he was the reigning five-time Games champion, and at 31 years old, still had a lot to offer. Nevertheless he stood by his decision as a new champ was crowned in his absence.

That being said, while Mat may no longer be competing, he never strays far form the gym and is still getting stronger. He showed this again recently, with a post to his Instagram, where he was seen deadlifting 540lb, for an all-time personal best.

“Feels pretty cool to be hitting PRs after my competitive career. I think 600 needs to happen though.”

This was certainly an impressive lift by anyone’s definition, but for Mat Fraser to score this deadlift at this point in his career is a sight to behold. On top of that, with him setting his sights on a 600lb pull, it is hard not to wonder if a potential foray into the world of powerlifting could be in the cards.

Before he became known as the Fittest Man on Earth, Mat was an Olympic weightlifter. Deadlifts are not a part of weightlifting, but he clearly has a lot of love for this lift, even without the need to train it for the CrossFit Games.

This deadlift PR was actually hit a few weeks earlier, but Fraser took some time to share the video of it. Initially it was just a photo, while he explained that he was never really focused on the deadlift while he was competing, but now he is using it as something to put his focus into after retirement.

“I recently hit a deadlift lifetime PR of 540#. Deadlifting wasn’t a high priority when I was training to compete and I wanted to have something to work towards that was new. I wrote out a couple months of training and got to work,” he wrote.

Even if he is just using the deadlift to keep himself focused and satiate his competitive hunger, it is cool to see Mat Fraser hitting this type of personal record in the gym. If he is able to push that number to 600lb like he plans, that will be an impressive accomplishment.