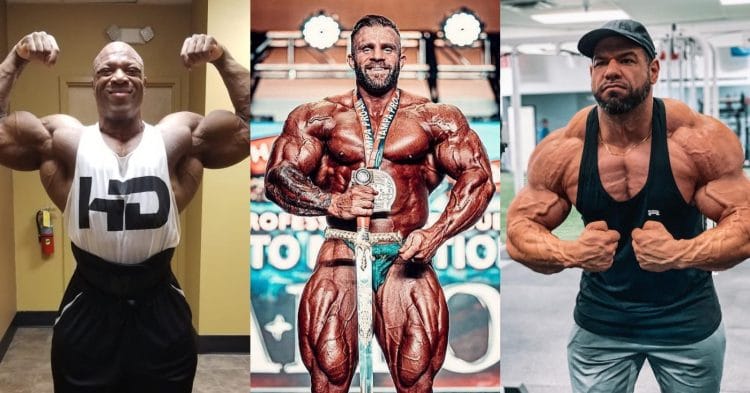 The 2021 IFBB Texas Pro goes down August 13th and 14th, in Irvine, Texas. This is a complete guide to watching the event, as well as a preview of the top bodybuilders to watch, and more.

This year sees the first ever Texas Pro, with fans and athletes alike are pumped to see how the show plays out. More importantly though, there is intrigue to see which athletes will be granted an invitation to the 2021 Mr. Olympia.

Some of the best athletes in the world are making their way to Irvine to try to win this contest and get an invitation to the Olympia. With the full competitor list revealed, this is shaping up to be an exciting contest with a strong turnout.

The 2021 IFBB Texas Pro spans across two days, with the first featuring prejudging and finals for Men’s Physique, Women’s Physique, Classic Physique, and Bikini competitions. Then on Saturday, fans can catch the action from the Men’s Open, and 212 Divisions.

If you are unable to make it to Irvine to watch the action live, fear not as there will be a live stream of both days of the contest, available online for fans to watch. For $19.99 per day, you can watch the action on the Battle Up Productions website, or you can choose which day of the stream to purchase.

If you are not wanting to spend this money on the stream, you can of course return to Fitness Volt for results of this contest as it unfolds.

While there are a lot of top level bodybuilders competing at the Texas Pro, in each division, the most attention is on the Men’s Open division. So here are three of the athletes that are worth keeping an eye on in this contest.

Of course, it is hard to not mention Iain Valliere as a top athlete to watch, as he enters the 2021 IFBB Texas Pro fresh off of a win at the Tampa Pro. This has led to some backlash from critics who say that he should not compete again since he already has an invite to the Olympia, but he has countered that by saying that all bodybuilders should try to compete as often as they can to earn money.

With this contest coming just a week after Valliere won the Tampa Pro, it will be interesting to see what adjustments he will be able to make to his physique. If he can win two back to back shows, that will be one of the best outings from any bodybuilder this year.

Arguably the favorite to win the Texas Pro, Steve Kuclo will be competing for the first time this year, after coming in a record high fourth place at the 2020 Arnold Classic. He has been showing a steady amount of improvement over the last several months, which is impressive for someone who already has five pro show wins on his resume.

Kuclo has long been considered someone with the potential to contend for the Olympia throne, with five appearances and a sixth place score over the course of his decade long career. If he looks as good here as his prep photos have suggested, he could be a serious threat to the rest of the competition.

With that type of showing against Iain a week ago, it is going to be interesting to see which one of these men is able to make the better adjustments. If Phil can beat Iain, Steve, and the rest of the Men’s Open roster, he will quickly be recognized as one of the best in the world right now.

According to the Battle Up Productions website, in addition to the invitations to the 2021 Mr. Olympia, athletes will also be battling it out for more than $40,000 in prize money at the Texas Pro. This is a pretty decent amount to be handed out to a show that is at this level.

At the time of writing, there is no specific breakdown of how this money will be dispersed to the athletes. This article will be updated once that information becomes available.

Stay tuned to Fitness Volt for updates and results from the 2021 IFBB Texas Pro.