Bodybuilder and powerlifter Kiera Jaston is back in the gym again, making a crazy deadlift set look easy 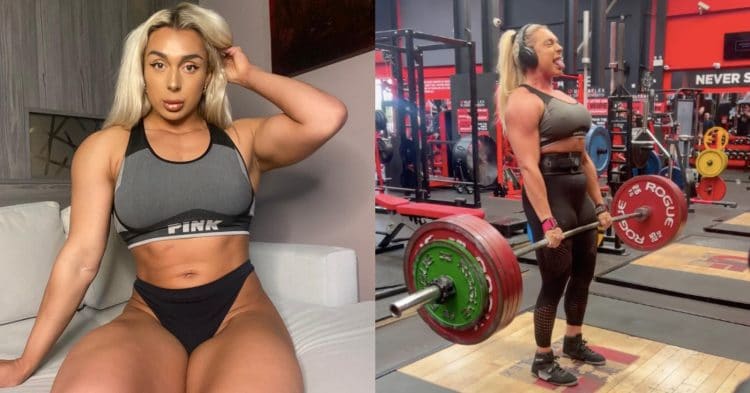 If there are two things you should know about Kiera Aston, it is that she is an impressive bodybuilder, and really good at deadlifts. She proved the latter of these true once again, with a mind melting performance in the gym recently.

Jaston first emerged on the strength sports radar by becoming the youngest ever IFBB Pro Figure athlete in Europe. However this quickly changed, as the 22-year old proved herself to be a force to be reckoned with, when it comes to her deadlift skills.

These impressive abilities were on display yet again, with a recent training video that she uploaded to Instagram. Here the athletic phenom showed her strength and endurance with a crazy strong 529lb (240kg) deadlift, that she did for five hard reps.

This was a strong set from Kiera, who understandably slowed down as the reps ticked on. However she was by no means struggling to hit that fifth rep, which is a wild display of both her cardio, and her pure strength on the barbell.

Frankly it is just a testament to the incredible transformation that Kiera Aston has gone through over the last several years. She found her love for the weight room through trying to lose weight, and in four years scored a physique that was worth of an IFBB Pro card, but since then she has continued to build mass and increase her strength.

What makes this performance even better, is the fact that she did the same set using a couple of blocks, a few days earlier. However she seemed to have an easier time pulling the weight without the blocks, demonstrating how her skills are steadily increasing.

Between her work as a personal trainer, and her own training regime, it is unclear when we will see Keira Jaston compete on the bodybuilding stage next, or if she will decide to dip her toes into the world of competitive powerlifting. No matter what she chooses to do next, trust that fans will be playing close attention.

At just 22 years old, the strength sports world is truly at her fingertips, with a ton of options in front of her. It will be interesting to see where the career of this young prospect takes her over the course of the coming years.