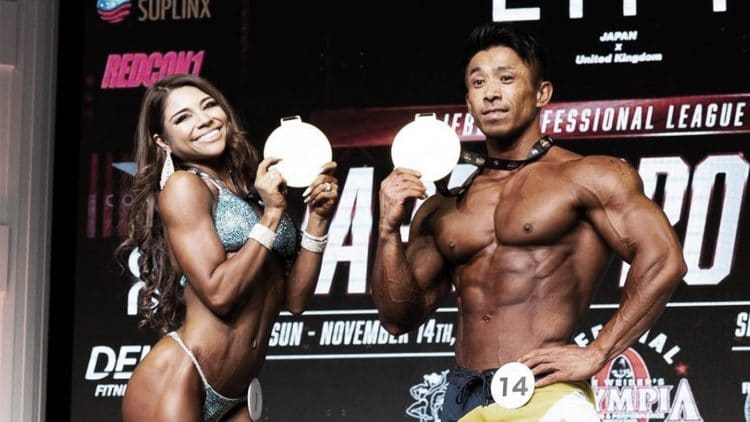 2021 Japan Pro took place in Tokyo, Japan over the weekend on November 14th, 2021. Athletes competing in the Men’s Physique and Bikini division competed at the event to qualify for a spot in 2022 Mr. Olympia. Yukihiro Yuasa had a strong showing and won the gold medal in the men’s Physique division to secure his place on the grandest stage of the competition. Sally Ann Kato won the gold medal in the Bikini division.
2022 will mark Yukihiro Yuasa’s second appearance at Mr. Olympia. Yuasa qualified to compete in Orlando with his win at the 2021 Tokyo Supershow Pro and finished 16th overall at Mr. Olympia 2021. However, a significant difference at the 2022 Mr. Olympia will be that Yukihiro Yuasa has gained experience of competing at the grandest stage in the sport.
Yuasa has emerged as one of the best bodybuilders from Japan and is now on a mission to extend his dominance in other parts of the world. Given Yukihito Yuasa’s strong showing at the 2021 Japan Pro, he will most likely improve his standing at Mr. Olympia 2022.
One of the highly touted prospects in the women’s bodybuilding circuit, Sally Ann Kato won the gold medal in the Bikini division. The win at 2021 Japan Pro is a solid statement to announce her arrival in the higher echelons.
The results for 2021 Japan Pro have wrapped up and the results were announced. Here is the full breakdown of the results and the scorecards:

Courtesy of IFBB’s official website, here are the scorecards of 2021 Japan Pro:

Yukihiro Yuasa shares his thoughts on the win

Following his win, Yukihiro Yuasa took to Instagram and shared his thoughts on the competition. Commending the level of competition at the 2021 Japan Pro, Yuasa thanked his team to close the caption.

‘@ifbb_pro_league_japan_pro it was a really amazing competition! I think this stage is a gorgeous stage that doesn’t look at the world in the world. Thank you so much to all of you @team_fwj’ Yukihiro Yuasa wrote in the caption to his post.