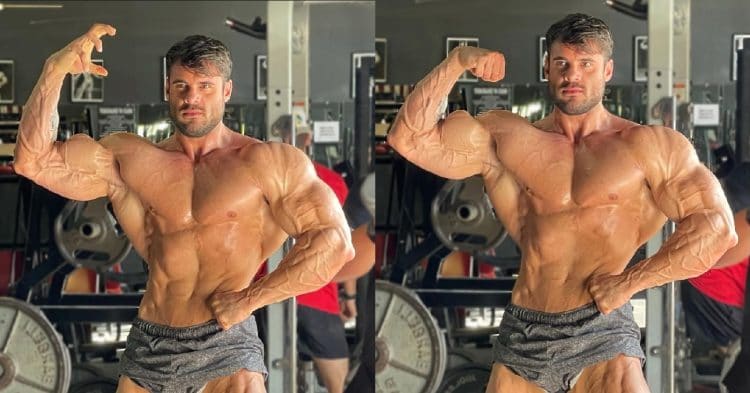 Many have looked at Logan Franklin as a future threat in the Classic Physique division. Ahead of his return to action at the 2021 Shawn Ray Hawaiian Classic, he is looking like he is on his way towards that goal.

Franklin made a splash the last couple of years, not just because of his impressive physique, but because of his brash attitude. While it may not have been to the liking of some people, it is hard to ignore someone who was relentlessly calling out the Classic Physique Olympia champ Chris Bumstead, saying that he saw holes in Chris’s physique that he could exploit.

After failing to qualify for the 2021 Mr. Olympia, Logan is setting his sights on qualifying for next year, by competing at the Shawn Ray Hawaiian Classic this weekend. As he showed in a recent post to his Instagram, he is looking like he has made some big improvements ahead of this contest, and is starting to show signs of the changes fans have been looking to see.

“It’s been a hell of a long year prepping,

but we are now FINALLY 5 days away from the last show of my competitive season. 🥳🙌🏽” Franklin wrote.

Things did not go to plan for Logan Franklin with his 2021 run, competing a number of times but unfortunately was not able to qualify for the Olympia. This, combined with his ninth place score at the Olympia in 2020 proves that, while he may have a lot of potential, there is still some work to do before he faces off with the top tier of the division.

However, it looks like he has been making those changes over the last few months, and is ready to deliver a much improved package at the Hawaiian Classic this weekend. He has been in the gym, working on the size and shape of physique, and it is clear that he is motivated to keep exponentially doing so, until he is an undeniable threat at the top.

There is still a lot of time for Logan Franklin to put it all together and become the force that many think he will be. The first step in that direction is the Hawaiian Classic, this weekend.