The 2021 Mr. Olympia will have the highest payout yet, with over one and a half million dollars on the line 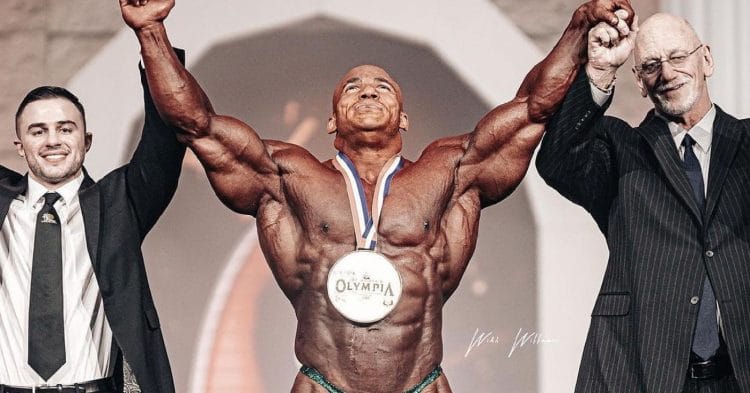 Winning the 2021 Mr. Olympia would be a massive dream come true for many athletes who are competing, simply due to how prestigious this contest is. However the stakes are ever sweeter, as it has been revealed that there is a record high amount of prize money on the line for this contest.

Taking place October 7th-10th in Orlando, Florida, this year’s Olympia is already shaping up to be one for the history books. There have been a litany of bodybuilders who have qualified for this contest over the course of the year, and each of them are excited to go head to head on stage, and determine who the best in the world is, in their individual divisions.

However there is more on the line than just the prestige of winning the biggest contest in all of the sport, and taking home the highly sought after Sandow. According to a post from the contest’s official Instagram page, athletes will also be looking to compete to win a record setting amount of prize money, totaling nearly $1.6 million across each of the divisions.

“Olympia owner Jake Wood and Chief Olympia Officer Dan Solomon have confirmed the prize money for next month’s Olympia Weekend. With full details coming soon, the total prize purse will be the largest ever awarded in the history of bodybuilding, fitness or physique competition. Set for the weekend of October 7th-10th, the fitness industry will gather in Orlando, Florida with the sport’s most prestigious titles on the line.

“Sanctioned by the IFBB Professional League, the event is expected to be completely sold out. With more than 230 professional athletes expected to compete in 11 divisions, the 2021 Olympia will have more sponsors than its had in the 57 year history of the event. Plans also include a new & improved press conference, an expanded expo, along with a jaw-dropping stage production, unlike anything this sport has ever seen.”

Now it is not exactly clear at the time of writing, exactly how this prize money will break down in each division at the 2021 Mr. Olympia. However for comparison, the 2020 Olympia had a total payout of just under $1.4 million, so fans and athletes can expect to see slight increases in some divisions, while the Men’s Open Division likely keeps roughly the same payout as last year’s show.