No Result
View All Result
Legs
Evidence Based
Evidence Based Research
This article was written by one of our qualified writers, and fact-checked by our experts. The numbers in parentheses (e.g. 1, 2, 3, etc.) throughout the article, are reference links to peer-reviewed studies.
Our team of experts include a board-certified physician, nutritionists, dietitians, certified personal trainers, strength training experts, and exercise specialists.
Read Our Editorial Process

Do your legs leave plenty of room for improvement? Being too reliant on leg machines might be what’s keeping you from building bigger, more muscular legs. 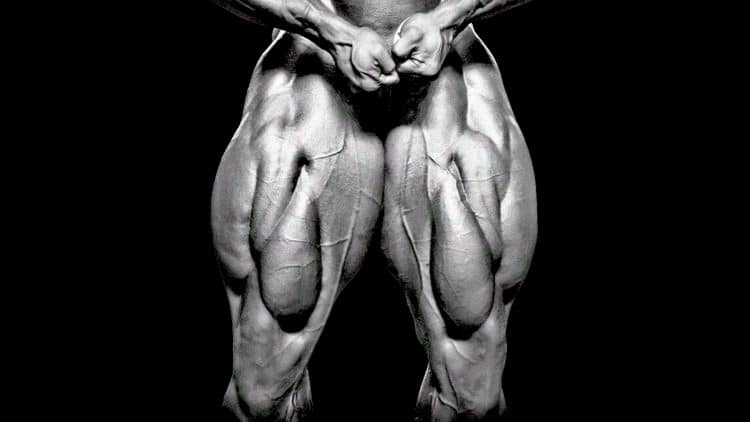 On any given leg day machines tend to be on the menu for most lifters. Leg presses, leg extensions, leg curls, and hack squats are occupied by those with lofty goals of growing tree trunks for their lower bodies. They pile on plate after plate, perform less than optimal ranges of motion, and take marathon rests between sets.

In reality, their hopes are dashed showing little to no fruits of their labor. Unimpressive quadriceps and hamstrings riddle the gym while they continue their futile feats of strength. But what if you’re going about this all wrong? Are you possibly over relying on machines to grow your lower limbs?

What if there’s a better, more effective way to target your legs for real growth sans machines?

Rise of The Machines 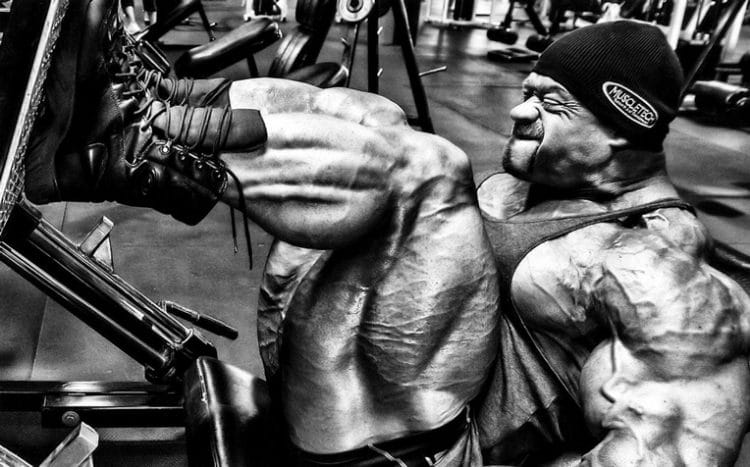 It’s no surprise that commercial gyms have developed more sophisticated gym equipment. Each facility will tout it’s latest technological advancement in hopes to attract the public into signing up. It also signals and amplifies our continued reliance on making our lives more convenient. But does this desire to make our lives easier come with a price? Are we going a bit overboard?

Take a hard look at your leg routine. Is it riddled with machine work? When was the last time you did a free weight squat, a lunge, or Romanian deadlift?

Machines are tempting. They help guide your motion, most are easy to load, and we have little to worry about when it comes to balance, safety, and stability. But the truth of the matter is that many are only isolating a certain part of our lower body. Machines can most-often prohibit our natural range of motion and supply too much support making our muscles work a little less.

Additionally, we lose the opportunity for our legs to make those often small, unnoticeable adjustments along the way. They are less free to function in their own unique ways.

Machines can get us only so far. We need to look back in order to move forward. There’s just something about performing a full range free weight squat that no leg press or leg extension can ever achieve.

Back to The Future

Many current top trainers worth their salt are going back to the original ways of training circa the 1960s and earlier. Before machines were prevalent, and the general public wouldn’t even think of stepping into a gym, free weights reigned supreme. This wasn’t some beating of the chest arrogant stunt. It was purely out of sheer necessity. Lifters had to find inventive ways to train.

The interesting thing was that since machines were in short supply, the act of using free weights provided so many peripheral benefits taken for granted today.

Take the free weight squat, for example. A proper squat requires tension throughout the entire body while stabilizing the weight all the way through the range of motion. It activates almost every muscle of the body directly or indirectly. On a leg press, for example, much of the stabilization is taken away. All you really need to do is press.

Dumping the machines and returning exclusively to free weights can have huge rewards. Not only will you re-engage supportive muscles, you’ll also develop an improved sense of how your body is getting closer in touch with the lift and create more power and real, whole body strength along the way.

Ditching machines, at least temporarily, will serve many other purposes as well. Not only will you have better body awareness, you’ll also aid other areas regarding strength and stability. Think about the leg extension. As such a widely used machine, and one in which so many lifters infamously load up the weight stack, only isolates a portion of the quadriceps muscles. The rest of the body can essentially take a break.

A squat, on the other hand, will create so much more stability throughout the body that your chin ups, bench presses, and shoulder presses will improve as a result. Couple this with a plethora of other free weight lower body moves and you have a highly effective battery of weapons at your disposal.

A word of warning for your ego: Machine work normally allows you to use ego-boosting amounts of weight. Free weight exercises traditionally will require you to decrease the load and practice proper technique. Don’t take this as an exercise in futility. You’ll quickly discover that an enormous amount of weight isn’t exactly necessary to build impressive legs if you’re doing things the right way.

Points Not to Break:

Let’s take a look at a few rules on your journey to bigger legs without machines and then we’ll look at a program to get you started.

If you’ve been a machine user for quite a while then one of the first things you’ll notice is your lack of balance on a lot of free weight exercises. Just keep in mind the importance of safety. In other words, don’t think you can load up the squat the same way you did the leg press.

It’s almost as if you’re starting an entirely new way of training so stay humble, take your time, and lighten the load at first. There will be plenty of time to load up the bar once you’ve developed a stronger and more stable foundation.

At first you’ll feel a little out of your element. If you’re used to loading plates and lifting stacks then this new way of training will have you in a bit of a flux. Where it lacks in the amount of loads used it duly makes up in activation for muscle growth.

Namely, you’ll be experiencing fatigue like never before, a burn in the targeted areas, and will have awoken myriad supportive muscles that will have you sore for days. But don’t fret. It’s all for the best, don’t back down and stick to the plan.

One of the secret weapons is the fact that you’ll be using a few unilateral moves. These are where you’ll train one limb separately from the other. This does several things in your favor.

One, it shores up a weak side (we all have one), two, it increases knee stability, and three, it will better target the muscle bellies versus relying on tendons and hips to lift the weight [1].

Let’s get one thing straight, higher rep training does not mean easier. Muscular failure is still the name of the game. You may have been used to lower rep squats, hack squats and possibly leg presses. Getting into a higher rep range will ensure that the load will be placed more on the muscle versus the tendons [2].

Plus, you’ll get that unmatched growth hormone boosting burn and blood flow.

Finally, I hinted earlier about lightening the load, perfecting your form, and focusing on the targeted area you’re attempting to train. This will take a little swallowing of your pride. Look at it this way, if what you’re doing isn’t working then why keep doing it? A tiny adjustment here or there won’t cut it.

What you may need is an overhaul of sorts to kick your butt into growth. Ditch the ego, do what you need to do, and get to work. 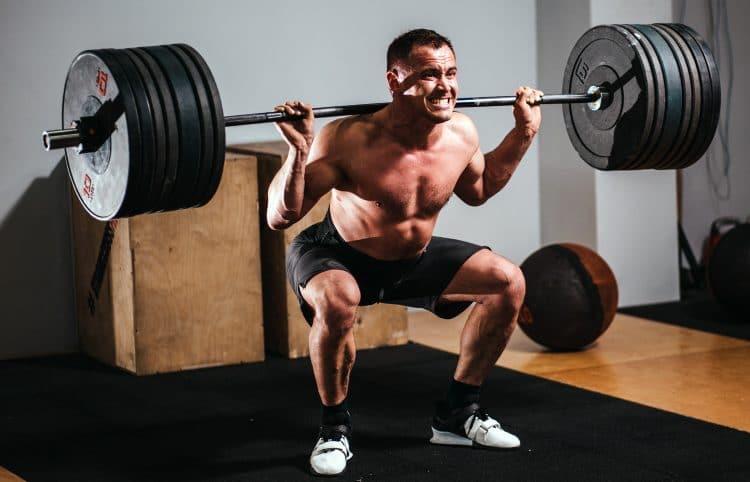 Below is a weekly routine designed to get your legs growing again without machines. One obvious advantage is that you can do this at home as well, so no big box gym is required.

The program is split into routine A and B. You can either do both workouts in the same week (separated by three days or so) or you could alternate the two from week to week. Your choice.

Note: Avoid thinking of lighter loads as easy. Push yourself to failure. Rest 60 to 90 seconds between sets and focus on the work at hand. Free weight training requires more attention toward form and function.

Following a sound routine complete with practicing good technique, focusing on fatigue, and without machines just might be exactly what you need to jumpstart your leg gains once again.

If you’ve given the traditional route a try and haven’t reaped your due rewards give the above program a try. You don’t have anything to lose except maybe standing in line to the leg press.

The fitness industry often follows trends, and this is nothing new! Diets, workouts, and even muscle groups fall in and...

The deadlift is probably the most satisfying exercise you can do in the gym. Sure, the bench press is cool...

An old athletics coach of mine once told me that a workout without squats is not really a workout. This...