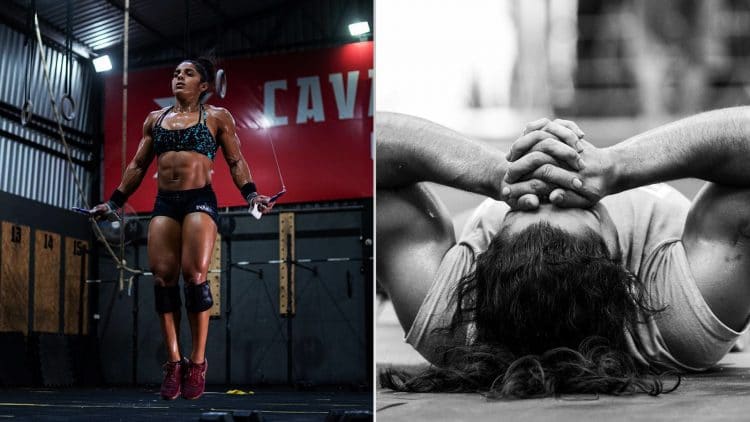 A week before the competition, Crossfit Games notified Brazilian athlete Larissa Cunha that her invite for the 2021 Crossfit games was being revoked. Cunha tested positive for Ostarine, a SARM compound that is classified as a banned substance for competing athletes.

Four years is the standard suspension for violation of CrossFit drug policy. However, Crossfit HQ has reduced the suspension to two years after Larissa Cunha proved that the positive test was due to a contaminated supplement. Her suspension will now end on July 14, 2023, retroactive from the date of sample collection.

Crossfit policy for drugs states that athletes can appeal to have their B sample tested within the first 72 hours of being notified about the violation. In Cunha’s case, the B sample tested positive. The failed drug test result ended her prospects of competing in 2021. However, the 30-year-old filed an appeal for a third party to test her supplements – to prove they were unknowingly contaminated.

While it is safe to assume that most athletes use supplements under proper supervision, none of Cunha’s supplements mentioned Ostarine as a constituent substance on the label. Out of the six supplements that were tested, two contained Ostarine. The results were then shared with Crossfit Games, reducing her suspension to two years.

Every athlete is expected to bear the expenses of the appeal process which cost Larissa Cunha a total of $3400 but proved her innocence in the matter. Another notable Crossfit athlete Kelly Holm received a reduced suspension back in 2018 after proving that her supplements were contaminated.

While the reduced suspension is a positive development for Larissa Cunha, the damage is already done. Larissa Cunha will not be able to qualify for Crossfit 2023 as her suspension ends on July 14, 2023 – essentially extending her absence from the competition to three years.

“All of this is not just money. This cost my career, my name, the situation that has passed but also my future. I was in my best year and now I am 30 and I know I am not so young but I have so much to do and so much to give,” Larissa Cunha said.

In a recent Instagram post, Cunha expressed her frustration about the situation. She also hinted at sharing a detailed version of the story. The caption to Larissa Cunha’s post read:

“More than love, than money, than faith, than fame…”
I give you the TRUTH, I seek FAIRNESS! @crossfit @crossfitgames Soon I will post step by step everything that happened. #laricunhaclean ⁩ #KeepStrong

Crossfit is a young person’s sport. Most athletes lose an edge once they cross over to the wrong side of 30. Larissa Cunha will be 33 years old when she finally returns to the competition. CrossFit community will be waiting to find out how the long layoff affects Larissa Cunha’s career trajectory.