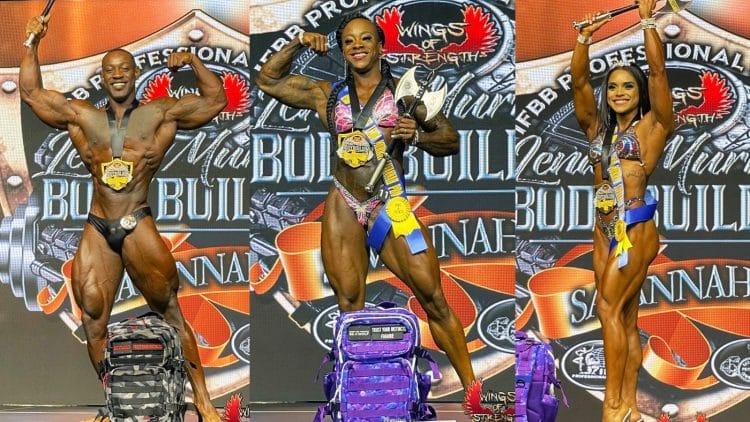 The 2021 Lenda Murray Bodybuilding Savannah Pro show took place September 4th, in Savannah, Georgia. This is the results and recap from this contest, which saw some invitations handed out to the 2021 Mr. Olympia.

With this year’s Olympia qualification deadlift quickly approaching, making September 13th the final day to qualify for the show, athletes are scrambling to earn their invites. The latest stop in an attempt to do that, was the Savannah Pro.

Hosted by legendary female bodybuilder Lenda Murray, this contest took place under the Wings of Strength banner, and featured just three divisions. Nevertheless, there was a lot to like with this show, namely the stakes for those who won.

Taking place at the Westin Savannah Harbor in Georgia, the 2021 Lenda Murray Bodybuilding Savannah show saw pro athletes taking the stage in the Classic Physique, Women’s Bodybuilding, and Figure Divisions. Given the fact that this show’s namesake was the eight time Ms. Olympia winner, it would be a shame if this contest was missing Women’s Bodybuilding.

In addition to the invitations to the 2021 Mr. Olympia, the bodybuilders who win their division also walked away with some cash. The Classic Physique and Figure winners each got $5,000, while the Women’s Bodybuilding winner was awarded $6,000.

As small as this show was, the Savannah Pro was an exciting contest from start to finish, with a lot on the line. Practically every competitor brought their best to the stage, and it made for a great show.

Congratulations are in order for each winner of the 2021 Lenda Murray Bodybuilding Savannah pro show. They will make strong additions to the lineup at the Olympia, this October.

How To Drink Alcohol Without Losing Muscle and Gaining Fat