How Lenda Murray Went From Trying To Be A Dallas Cowboys Cheerleader, To Becoming 8x Ms. Olympia 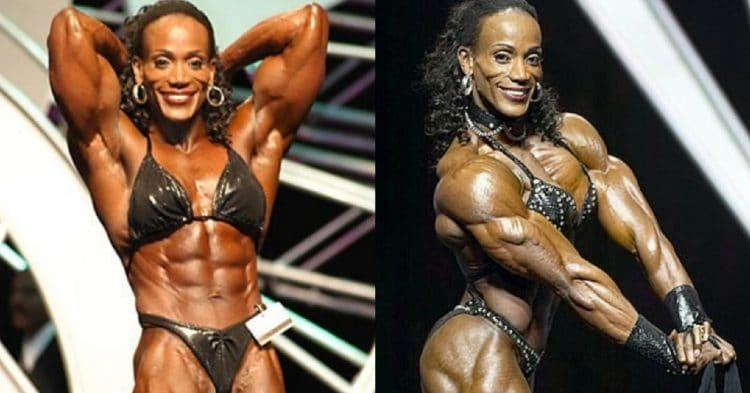 In every sport, there are athletes who reach the pinnacle and achieve things that they never thought they could accomplish. For female bodybuilding, few people have had the opportunity to do that. However, Lenda Murray managed to get the most out of all of her opportunities, which led her to a staggering eight Ms. Olympia titles.

Born in Detroit, Michigan in 1962, Lenda Murray was always athletic in her youth. Attending Henry Ford High School, she was a varsity-level cheerleader and even set some records for track at the time. From there she went on to college, cheerleading at Western Michigan, and even becoming the second African American to be homecoming queen in the school’s history.

After earning her political science degree, Lenda would work briefly as a cheerleader for the Michigan Panthers. From there she was asked to audition for the Dallas Cowboys, where she would almost make the squad. When she was unsuccessful, she decides to focus more on her work in the gym, in order to slim down her thighs. Little did she know, this would be the start of a new chapter in her athletic career.

The Bodybuilding Career Of Lenda Murray

At the age of 22, Lenda Murray got a membership to the Powerhouse Gym in Michigan, with the intent to tone her physique for cheerleading. However, she quickly discovered that her true passion was in something else. Under the advice of one of her friends, she began weight training, with the goal in mind to try her hand at bodybuilding.

Murray’s first amateur show was the 1985 Michigan State Championships, where she would land in the 4th place position. This would inspire her to find a real love for the sport, and begin to really devote herself to training. She would take a few years to develop her frame and find her groove, having mixed performances in 1986 and 1987.

Beginning in 1988, the skills of Lenda Murray began to really shine through, winning her second event to that point. This led her to feeling confident enough to go for her pro card in 1989, securing it by winning the Junior Nationals. Shortly after, she would make her pro debut at the 1989 North American Championships, making a splash with her first-place win.

After making her pro debut, and five years into her bodybuilding career, Lenda Murray entered her first Ms. Olympia contest in 1990. This would be a huge step up for her, and it was her biggest showcase to date. However, she would perform with flying colors, winning the title that Cory Everson had left behind.

As remarkable as this was, it was just the beginning for Murray, who would never compete in any other bodybuilding event again. She would spend the next five years winning the Ms. Olympia, dominating the competition with her massive size, and developed physique. This led her to the 1996 Olympia, where her six-year reign as champion would end after Kim Chizevsky-Nicholls would show up with a more complete package, snatching the crown from Lenda’s head.

After losing to Kim again in 1997, Murray decided to step away from the sport, retiring after the Olympia. This is how she would stay too, all the way until 2002 when she would return to the sport. In her comeback, she went head-to-head with Iris Kyle and came out on top, making herself the most successful female bodybuilder at the time. That record would extend in 2003, with a whopping eighth Ms. Olympia win, securing her place as one of the greatest to ever do it. Following a 2nd place at the 2004 Ms. Olympia, losing to Iris Kyle, who went on to beat Lenda’s record for Olympia wins, the 42-year old would hang it up for good.

Life Outside Of Bodybuilding

During her reign as Ms. Olympia, Lenda Murray proved herself knowledgeable and personable with roles doing commentary with ESPN. She uses these skills to help others after her career ended, making training videos and instructionals to help others to reach their potential. In addition to that, she found herself working as a coach, training professional wrestlers for the WWF. She even attempted to be a pro wrestler in 1997, after her initial retirement.

Following her career, Murray would not spend any time away from the fitness world. She had a gym that she operated, called the Fitness Firm, but she would close this down in 2005. Although 2015 would see Lenda reemerge in Hollywood, with a small role in the film The Ridiculous 6.

In 2010, Lenda was inducted into the IFBB Hall of Fame, with her being put into the National Fitness Hall of Fame the following year. Recent years have seen her serving as an ambassador for the Wings of Strength, working to further the sport of female bodybuilding. She is also the promoter and organizer for the Lenda Murray Bodybuilding Figure and Bikini Championships, an annual NPC event at Norfolk State University.

When it comes to her training practices, Lenda Murray has always felt it important to listen to her body. She credits this as the reason she never suffered any major injuries in bodybuilding. Even as she aged, she would still train in ways that she considered best for her, not necessarily listening to others say that one technique is better than another, if she feels like it puts her at risk.

As far as her training split is concerned, Murray works out four days a week, with each session being about 90 minutes. She will do two days on, one day off, with every day including a 30-minute cardio session. This is how she breaks down her weekly training:

The most important thing for Lenda is to listen to her body. With that in mind, she often does sets of about 12-15 reps, never doing supersets or giant sets. She will usually take 90 seconds to rest between sets, but if she struggles getting to 12 reps, she will adjust that to avoid injury.

Diet and nutrition is admittedly something that Murray has always struggled with, especially during her amateur career. She has also loved carbs but had to adjust what she ate as she transitioned from cheerleading to bodybuilding. That being said, she has found a way to adjust her nutrition for the sport, and manage her calories appropriately. She now keeps a strict diet, with only the occasional cheat meal.

What We Can Learn From Lenda Murray

The career of Lenda Murray was one of domination, but it was not without struggles. She had a slow start, and it took her a while to get the hang of her diet and skills on the stage. However, once she got her groove, she was nearly unstoppable.

Although her record of most Ms. Olympia wins no longer stands, Lenda is still one of the greatest to ever do it. Her life is a perfect example of how it may take you a while to find the athletic ventures that work the best for you. For her, she thought that she was destined to be a cheerleader, but her true calling was clearly in bodybuilding.

At the start of her career, Lenda looked to the likes of Cory Everson as inspiration. Although the two narrowly missed competing against each other, there were a lot of similarities between both their physique and training approach. It would have been interesting to see who would have been victorious if the two faced off.

You can look at the run of Lenda Murray as the end of an era of female bodybuilding. She gets a lot of comparisons to Lee Haney, and given the parallels between them it is hard to argue with that.