CrossFit sanctionals event Wodapalooza has been canceled for 2021 ahead of its tenth anniversary due to the pandemic. 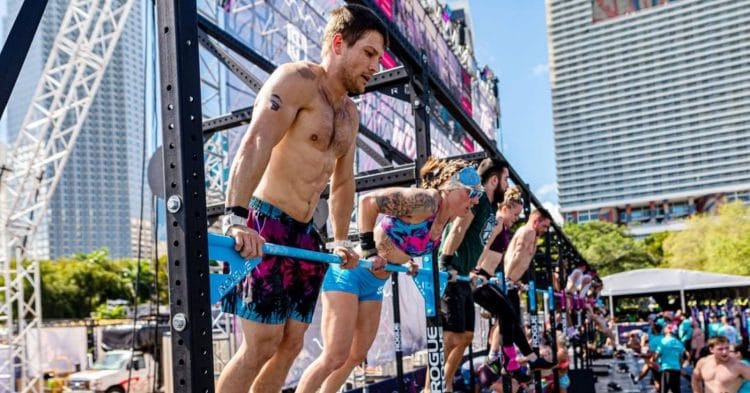 Wodapalooza, the crowd-favorite event of the CrossFit Sanctionals has been canceled for 2021. The 2021 Wodapalooza event was scheduled for May 13th-16th in Miami this year. This week, Loud and Live Sports President Matt O’Keefe announced on a podcast the event would be canceled.

The announcement was followed by a post on Instagram to confirm President O’Keefe’s news, and comes ahead of the tenth anniversary of Wodapalooza. It was revealed on January 13, 2021, when Loud and Live Sports President Matt O’Keefe appeared on the Make Pods Great Again podcast to explain the cancelation that comes as a result of Covid-19.

While we’d like nothing more than to converge in Miami for our 10th anniversary, due to a situation beyond our control, the annual celebration of Fitness, Community & Life will re-emerge in ’22.

But stay tuned, because the party isn’t over. Dates & more info to be announced soon.

Fan reaction was mixed, with many fans disappointed they were missing out on a Miami trip this year. However, Wodapalooza will be back in 2022.”

During the podcast, President O’Keefe said that the event was canceled for this year due to Covid-19, but that there would still be some CrossFit collaboration.

He also said that the Covid-19 considerations were something he takes very seriously. He said there was a lot of data on the topic to indicate the need for safety. He even described himself as a “gritty anti-Covid guy” when this all first started.

But he says, he has changed his perspective since then. He realizes now that a lot of people are hurting due to Covid, and he wants their organization to be responsible. He says they have to be, and they want to be responsible on the matter.

“We have a lot of data. We’re probably going to be virtual, and, at best, we can get a lot of athletes to compete on a floor that we can broadcast,” O’Keefe said.

“I flipped. I was this gritty anti-COVID guy at the beginning,  ‘we’re fine, we’re going to do this,’  but a lot of people are hurting from it.

The possibility of a dangerous situation at the event due to Covid-19 has impacted the organizers of the event. As a result, Wodapalooza is not going to be part of the 2021 CrossFit season.

Previously Wodapalooza would be used as a qualifier or sanctionals for CrossFit Games. To qualify to compete in Wodapalooza, athletes would have to complete the WZA Online Challenge and Qualifier. The top athletes as individuals and also at the team levels would earn a spot in Miami.

This year, the 2021 CrossFit Games won’t use the Wodapalooza event for a qualifier. It’s just one of the many changes the sport has experienced since the pandemic.

For this season of CrossFit, there will be a qualifier process that is three-phases. Athletes will need to place in the top 10 percent in their continent.

The season begins March 11th with the CrossFit Open. It will be followed by the quarterfinals and semifinals.

While Wodapalooza may not be part of this year’s CrossFit season, they are still going to be testing the online waters for competitions. If the community enjoys them, they may create more intense virtual comps online.