Sara Sigmundsdottir and Tia-Clair Toomey Tied After Wodapalooza Day One 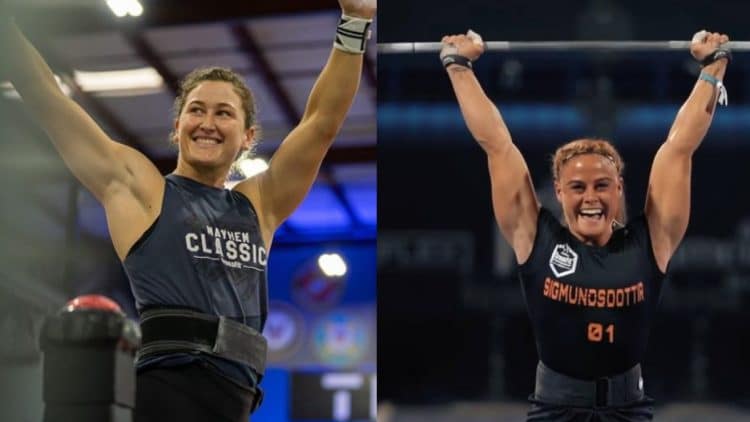 Heading into the Wodapalooza CrossFit Sanctional event, it was expected that Tia-Clair Toomey and Sara Sigmundsdottir would have a close contest. However, after the first day, both ladies are tied on the leaderboard.

From before the competition started, all eyes were on Toomey and Sigmundsdottir. Although Tia has won the CrossFit Games three times, Sara won the Open. Moreover, Sara is considered to be the only person right now, capable of dethroning the reigning Fittest Woman on Earth. Therefore the expectations were high headed in the 2020 Wodapalooza, and not just because it is one of the biggest CrossFit contests of the year.

Day one of the event did not disappoint either, as both Toomey and Sigmundsdottir had strong performances. There is still plenty of time to go in the contest. However, after the first day of action, both ladies are sitting at the exact same score of 188 points.

This is how Day One of Wodapalooza shook out:

The first workout of the competition, was the Hero style “Luce” workout. It consisted of a 1km run, 7 muscle-ups, and 100 squats, done for three rounds, for time, all with a GORUCK. At this event, Tia-Clair Toomey completely dominated, beating the rest of the athletes by nearly a minute. It was a strong performance, reminiscent of her run at the 2019 CrossFit Games.

For the second event, athletes had to do the “Miami Heat.” This workout was made up of two minutes of a 20 cal bike and 30ft overhead walking lunges, with ascending weights for each of the three rounds. Here, Sara Sigmundsdottir was able to get the edge, coming in first place. This, along with the third place scoring from Toomey, left the pair dead even on the scoreboards to end the day.

Wodapalooza will continue throughout the weekend (check here for a guide on watching) with some more exciting action. There is plenty of time left in the contest for either Tia-Clair Toomey or Sara Sigmundsdottir to take the lead.