One of the godfathers of powerlifting, Ernie Frantz has passed away at the age of 86 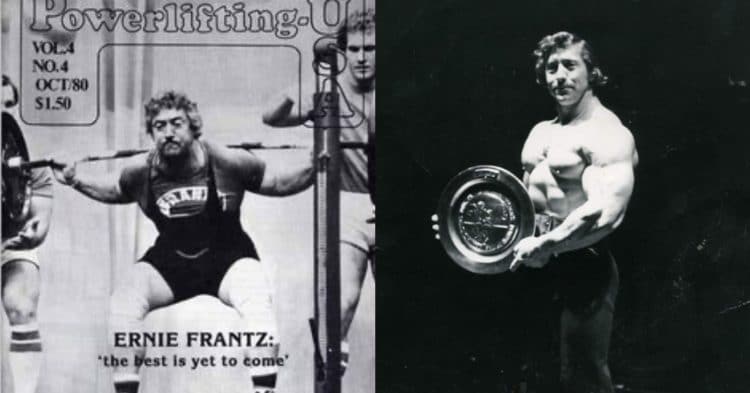 Photos via All Powerlifting

The sport of powerlifting lost one of its most iconic founding fathers on Thursday. Legendary athlete Ernie Frantz has sadly passed away at the age of 86 years old.

There are a lot of positive things to say about the powerlifting career of Frantz. Not only was he a multiple-time world champion, with records that he set, but he competed all the way until he was 74 years old.

In addition to that, he was just as impactful outside of competition. He started the WPC in 1986, which would eventually open the door to the likes of the IPF and other organizations later on.

Unfortunately news broke on Thursday, January 14th, 2021, that the Korean War veteran Ernie Frantz has passed away. This is news that rocked the community to its core, and left many fans of the sport in a somber mood.

“By far, one of the very best people in powerlifting history. Rest In Peace, buddy!🙏❤️” powerlifter Ed Coan wrote.

Born in 1934, Ernie Frantz found powerlifting after his time in the military, where he was a part of the Korean War. However he quickly found deep passion for the sport, as an athlete and ambassador.

Over the course of his long athletic career, Ernie never ceased to push the boundaries of what many thought was possible. He finally decided it was time to hang it up at the age of 74, finally competing for the last time in 2008.

Not only did Frantz have some of the best performances in the sport, he was around when things first began getting organized. That is why he is referred to as The Godfather of powerlifting.

The longevity he had was unlike any other, still being in fairly good physical condition as he pushed his 80’s. He is the epitome of what every athlete hopes to achieve in the later stages of life.

Over the years, Ernie Frantz competed in and won an insane amount of contests. Below are some of his most notable performances.

Fitness Volt would like to offer our sincerest condolences to the friends and family of Ernie Frantz. It is impossible to overstate his impact on the sport, and he will be sorely missed.