A preview and breakdown of the 2021 Yamamoto Pro, including the complete athlete lineup 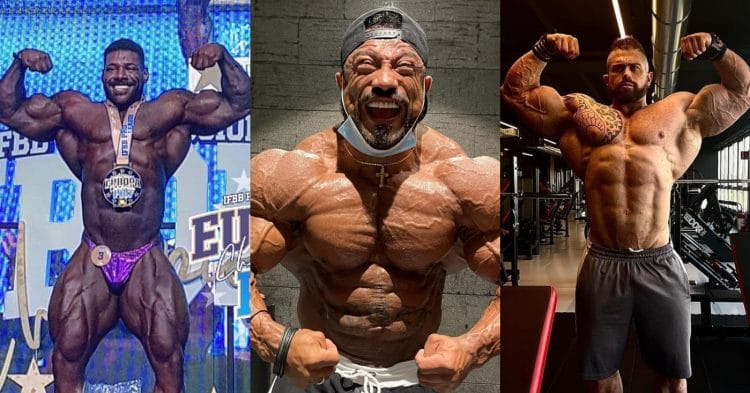 The 2021 Yamamoto Pro goes down October 17th, in San Marino, Italy. This is a breakdown and preview of the first IFBB Pro bodybuilding contest to take place after the 2021 Olympia.

There is no breaks in bodybuilding, and the Yamamoto Pro is evidence of that. Just one week after the biggest competition in the sport, the Olympia, the IFBB Pro League is back in action with this show in Italy, with athlete looking to qualify for the 2022 Olympia.

This contest is not exactly a large one, with only Men’s Open and Men’s Physique being featured, competing for a total of $50,000 in prize money. Regardless there is still a lot to look forward, with some of the biggest names in bodybuilding competing in this event.

Due to travel restrictions in the UK, Nathan De Asha was unable to compete in the 2021 Olympia, despite qualifying with wins at both the Arnold Classic UK and Europa Spain show. However he heads into the 2021 Yamamoto Pro with a ton of momentum, and with the hopes to qualify for next year’s Olympia.

One of the big advantages that De Asha has in this contest, is the fact that he already holds recent wins over some of the other competitors on the roster. If he is able to bring a similar package to the one we have seen in his last two outings, he will be a heavy favorite to win this contest.

It is not a secret to say that Roelly Winklaar has not looked like the best version of himself lately, as evidenced by his second place to De Asha at the Europa Spain show, and the fact that he scored outside of the top ten for the first time at the 2021 Olympia. Regardless, he is always a tough out for anyone, and is one of the biggest names competing at the Yamamoto Pro.

Winklaar is clearly an extremely skilled and talented bodybuilder, who has prior wins at this contest, and if he is able to bring strong conditioning and a good package, he will be in the mix. There are just a lot of questions about him after his most recent outings.

After coming second place to Nathan De Asha at the 2021 Arnold Classic UK, Samson Dauda has been grinding in the gym to prepare for their rematch at the 2021 Yamamoto Pro. Even if it turns out that he is not able to beat De Asha again, he will be a tough out for the rest of the roster.

Dauda has been considered a promising prospect for a while, but has yet to turn the corner to earn his first pro win and an invitation to the Olympia. He has been working to improve his physique and posing, and things could come together for him this weekend.

Coming into this contest on the back of a 16th place score at the 2021 Olympia, Andrea Presti is a bit of a dark horse pick as someone to watch out for at the Yamamoto Pro. However this mass monster is always a threat, and if he is able to figure out his conditioning for this show, he could easily be in the top 3.

Another thing that lends itself to Pretsi’s favor with this contest, is the fact that he will have something of a home field advantage, being Italian. Even if he does not win this contest, he is a serious threat to watch out for moving forward.

Stay tuned to Fitness Volt for updates and coverage of the 2021 Yamamoto Pro.