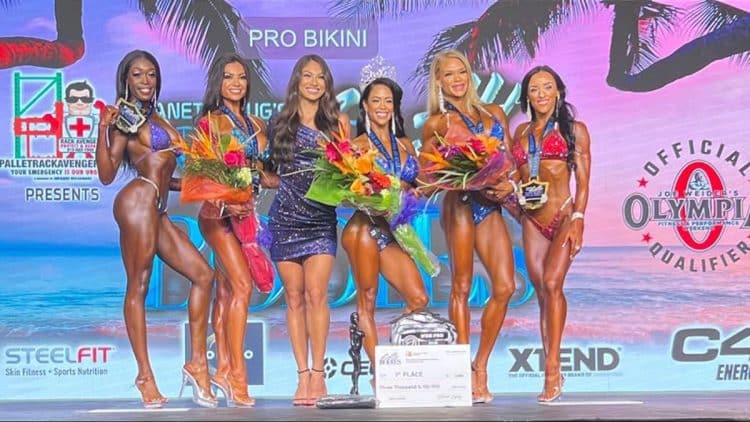 This weekend (September 17, 2022) featured the 2022 Janet Layug’s Battle of the Bodies Pro contest, as a number of Bikini competitors took to the stage in Fort Lauderdale, Florida. This event was a 2022 Mr. Olympia qualifier.

The 2022 Mr. Olympia contest takes place December 15th – 18th in Las Vegas, Nevada. With the qualification deadline approaching on November 20, 2022, athletes are running out of time to earn an invitation to bodybuilding’s most prestigious event of the year.

Aside from the Men’s Open category, any bodybuilder who earned third place or higher in his/her respective division at last year’s Olympia contest (2021) are automatically invited to compete at this year’s annual event. For a list of qualified athletes for the upcoming Olympia show, click here.

Check out who won the show and earned their 2022 Olympia invitation below:

Official Scorecards for Janet Layug’s Battle of the Bodies Pro

FitnessVolt congratulates the winner(s) on their impressive victories this weekend and looks forward to seeing them on the Olympia stage!

How To Do The Reverse Lunge (Leg Kick) – Tips, Variations, Alternatives, Muscles Worked

This weekend featured the 2022 Ben Weider Natural Pro, which took place on October 1, 2022. This event served as...