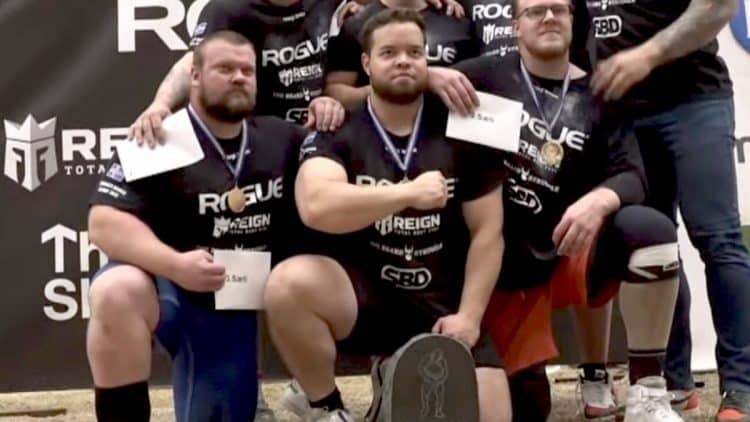 Notorious for Hafthor Bjornsson, Iceland definitely has some of the strongest people on earth. However, on Aug. 6-7, 2022, we found out who the country’s greatest Strongman is currently since the 2022 Iceland’s Strongest Man (ISM) contest took place in Reykjavík. Six men gathered to compete across seven events, across two days packed with action. Kristján Jón Haraldsson turned out to be the greatest of them all and was crowned as Iceland’s Strongest Man.

Overall, the 2022 Iceland’s Strongest Man was a really interesting and suspenseful competition. Everything came down to the wire and the top position was up to grabs. Haraldsson defended all the efforts from the other competitors and remained on top. Stefán Karel Torfason got a silver medal, having gotten just two points more than Páll Logason who finished in third.

This is the second major national title for Kristján Jón Haraldsson this year, as he also won the 2022 Strongest Man In Iceland two months ago.

Haraldsson turned out to be the greatest in this moving event, as he pulled the truck of unknown weight for 9.28 meters. Torfason and Logason grabbed second and third to form the early leaderboards.

Pàll Logason was the greatest deadlifter of the group, as he won the deadlift for max event with a 370-kilogram pull. Once again, Haraldsson and Torfason made the top three, with each deadlifting 10 kilograms less than the other.

Following the trend of the past two events, the same trio once again made the top half of the leaderboards. Only this time it was Torfason’s turn to grab maximum points.

He held the implement in a front hold for 40 seconds, which was enough to beat Logason and Haraldsson who held it for 39 and 37 seconds respectively.

The athletes tossed five implements, which progressively got heavier. The one who did so earned more points. They started off with two kegs, moved on to two sandbags, and finished with a handled weight.

Haraldsson got first, as he finished just 6 hundredths of a second faster than Torfason. Hilmar Örn Jónsson got his first top three finish as the only other man to do all five implements.

Haraldsson was the fastest to carry the yoke weighing 400 kilograms down the course and claimed his second consecutive event win. Logason was the only other man to traverse the yoke for the full length, while Torfason carried it the furthest out of all the competitors who did not complete it.

The Overhead Press featured the natural stone, a heavy dumbbell, a monster dumbbell, and a log, which all got progressively heavier. No one was able to lift all four, so Haraldsson took the win as the fastest one to do three. Torfason trailed him by 6.50 seconds, while Logason got third with two implements.

Athletes had to load odly shaped natural stones in the fastest time possible, but the exact results are not known currently. However, we know the order in which athletes completed them, which looks like this:

This is the second major national title for Kristján Jón Haraldsson this year, as he also won the 2022 Strongest Man In Iceland two months ago. So, everything points to him becoming one of Iceland’s greatest Strongman representatives.

The 2022 Mr. Olympia contest was held in Las Vegas, Nevada this year and after the smoke cleared, Chris Bumstead...