Golden Era Bodybuilder Bertil Fox, who has competed on the Olympia stage, was released from prison following 25 years behind bars. 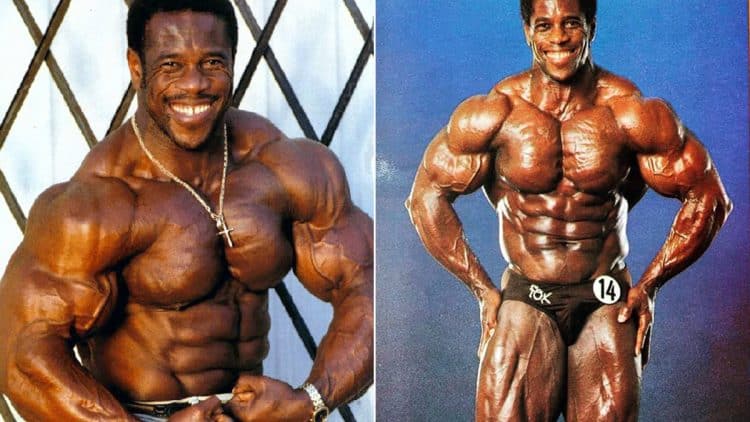 IFBB Pro bodybuilder Bertil Fox has competed on some of the sport’s most prominent stages but found himself charged with double murder in 1998. In an Instagram post made by bodybuilder Gary Strydom, Strydom revealed Bertil Fox has been released from prison after serving a 25-year sentence.

In light of this major news, Fox’s son, Shaun Fox, confirmed that his father was released from the penitentiary, where he served over two decades. Bertil was charged with the violent crime in 1997 after allegedly murdering his former fiancé Leyoca Browne and her mother Violet Browne by shooting them with a gun.

Originally, Bertil Fox was sentenced to death by hanging but after appealing the verdict with the Judicial Committee of the Privy Council, his 1998 sentence was changed to serving life.

On Thursday, August 4, 2022, Fox was pardoned by the Governor General of St. Kitts and Nevis after his 25-year sentence, which marked his first day back in society as a free man living in London with his family. There has been no official report on his pardon, but his son, Shaun has confirmed the news via Facebook.

Bertil Fox’s son revealed via FaceBook on Monday that his father, Bertil, has been released from prison following a lengthy sentence for double murder. The news was first reported by competitive bodybuilder Gary Strydom.

“BERTIL FOX RELEASED: It almost made me cry today. We love you Bertil and those of you that didn’t know it was an accident. The gun was not his and a struggle ensued causing this “accident”. It wouldn’t have happened if she didn’t have a gun in her bag. What then happened was a lynching where the locals wanted retribution. Well they made him sit for 25 years.

He was originally sentenced to death by hanging, but after an appeal to the Judicial Committee of the Privy Council, his sentence was changed to life in prison. On the 4th of August 2022, Fox was pardoned by the Governor General of St. Kitts and Nevis after serving 25 years and is now a free man living in the UK. Enjoy the rest of your life mate. The “few” of us that believed in you…We still do…

God bless you and your family…” wrote Gary Strydom.

BERTIL FOX RELEASED: It almost made me cry today. We love you Bertil and those of you that didn't know it was an…

Within the statement, Gary admitted what an emotional day this was for the Bertil family. He provided some details relating to the notorious court case.

According to the statement, the gun involved in the double murder “accident” was not Bertil’s. He believes Bertil was the subject of a public lynching where locals ‘wanted retribution.’

Below you can find the FaceBook post that Bertil Fox’s son made following his father’s release from a 25-year prison sentence:

Bertil Fox competed primarily through the sixties until the late 1990s. His last show came at the 1994 Iron Man Pro, where he placed 13th. From competing at competitions like Mr. Europe, Mr. World, and Mr. Universe, Fox was lauded for his consistency and willingness to improve his physique. The bodybuilder was a consistent top finisher at the prestigious Olympia contest throughout his career.

Having graced the cover of notable bodybuilding magazines and books, the Golden Era athlete was well known and respected during his time competing as a professional.

As of this writing, it remains unclear if any new evidence or information played a role in his pardon and subsequent release from prison. While no official statements have been made public by a court of law, should that change, Fitness Volt will keep you updated on this story.