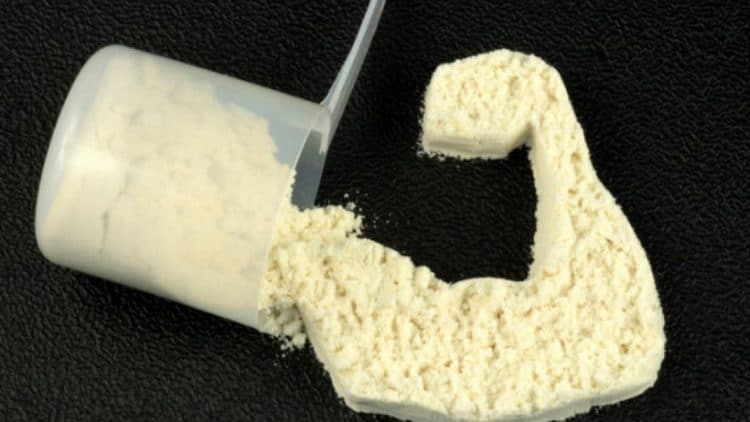 Last week when I brought up the strikingly similar nutritional value of grass-fed and grain-fed beef it caused a bit of a stir on many of my social media outlets. I was 100% not surprised as I fully expected it to happen, much like I expect a similar response to this article. The reasons are plentiful and I understand there are several reasons why people choose grass-fed or cage-free or all different kinds of organic foods. If you want to consume grass-fed or anything else for ethical, environmental, taste or any other reasons by all means do what you want. I’m not here to try to stop anyone from doing so. I’m only showing you what the research says regarding nutrition, that’s it. As stated in the article, if you feel the slight edge in nutrition is worth the extra money, spend it.

With that said I’m here to follow up grass-fed beef with the difference in free-range and caged eggs. Research done by Kenneth E Anderson (1) took a flock of 500 Hy-Line brown layers that were hatched simultaneously and received the same care, meaning things such as vaccinations, lighting, and feeding regimen. They collected samples at 50, 62 and 74 weeks and sent them out to 4 different labs for nutrient analysis. They analyzed for cholesterol, n-3 fatty acids (omega 3’s), saturated fat, monounsaturated fat, polyunsaturated fat, beta-carotene, vitamin A and vitamin E.

For one they found that the laboratory had an effect on all nutrients except cholesterol. For example the total fat content between the labs varies from 6.76% up to 8.88%. As a whole, eggs from a range production had more total fat, monounsaturated fat, polyunsaturated and n-3 fatty acids than caged eggs. However the difference in omega-3’s was negligible (.17% vs .14%.) There was also a higher amount of beta-carotene in the range eggs, which contributes to the darker yolk typically seen in range eggs. There was no difference in cholesterol, vitamin A or vitamin E. Also of note the age of the egg had no influence on fat levels but did show an increase in cholesterol as they aged.

What’s the takeaway from that? For the most part the only difference between the two styles is fat content. So which one is better? I suppose that depends on how much fat you want to eat per day and where you get your fat content from. As like with the grass-fed beef, you will get a slight bump in omega-3’s, although the difference is very small with eggs. Other than that, it doesn’t appear one is superior to the other.

Another concern with eggs is the issue of bacteria we could get from them. Perhaps free-range are cleaner and in turn will diminish the chances of us getting sick. Research published in Poultry Science in 2012 (2) looked at the prevalence of many bacterias associated with eggs from either caged or free-range production. They looked at the bacteria coliforms, salmonella, listeria and campylobacter on and within eggs and in the environment of a sister flock of conventional caged and free-range laying hens.

Sampling occurred every 6 weeks between 20 and 79 weeks of age. What they found was there was a significantly greater prevalence of campylobacter in the free-range nest box compared to caged. There were no significant difference between listeria and salmonella between the two conditions. It turns out not only is there no difference, but there was actually more of one of the bacterias in the free-range nests. Is that just a coincidence? Probably, but it shows one isn’t any cleaner than the other.

Now, I know I said my purpose was not about ethics and just about nutrition, but when this research done at the University of Bristol (3) was mentioned to me, I just couldn’t help but make it a part of this article as I found this very interesting. In this study researchers looked at the way hens were housed and how that affected welfare standards. “I’d rather eat food that come from a happy animal? right? Well take a look at this. The hens that were caged had lower rates of mortality, fractures, damage to feathers, damage to skin, damage to the vent and abdomen, proportion of egg shells with calcification spots, egg shells with blood stains and pretty much all signs of stress for the birds were lower in the caged populations.

Professor Christine Nicol who led the research said the difference could be explained by the fact that a lot can go wrong on free-range farms as hens can often be distressed by unpleasant weather or predators. She mentioned that it could take up to 5 years before the welfare of free-range hens was better than caged hens. So perhaps free-range chickens aren’t happier after all, of course the only one that would know for sure is, well, a chicken…

What I found surprising was that I was unable to find any research comparing eating free-range vs. caged chickens themselves, only the eggs. Based on the research I’ve seen on the eggs as well as grass-fed beef I’m skeptical there would be much difference. So once again the take away is much the same as grass-fed beef. If you feel the extra money for free-range is worth it for whatever reason you may have, by all means go for it. But if you don’t want to spend the extra money unless you are getting a far superior product, you are probably better off saving your money as I see nothing to support eating caged eggs will negatively affect your health compared to free-range.

Our highly ‘efficient’ and sedentary lifestyle has made people obese and lazy. Obesity is increasing at an alarming rate, which...