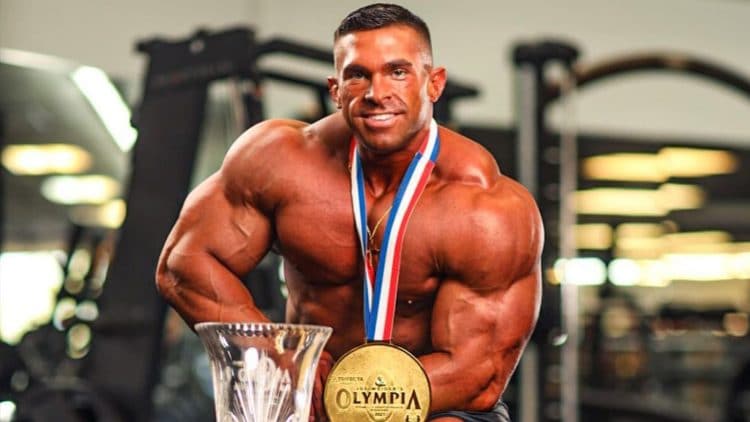 After hanging around the second spot for years, bodybuilder Derek Lunsford finally won the 212 Olympia title in 2021. While defending the title multiple times is still his priority after the hard-earned victory, Lunsford already has his eyes set on the Open Mr. Olympia stage.

During a recent interview with Muscular Development Magazine, Derek Lunsford stated that he always wanted to compete in the open category at Mr. Olympia and that is where he will eventually compete. However, Lunsford likes to compete in the 212 division irrespective of the competition results. The 28-year-old added that he is focused on defending the 212 title at 2022 Mr. Olympia and would not entertain the idea of moving up before discussing it with his team.

The sport of bodybuilding is about incremental gains. Lunsford cited the motivation to see his body continue to grow as the reason to compete in the open division.

“Right now we’re focused on defending the 212 title but do I eventually want to be open? There are no questions asked man. I am a bodybuilder. I want to see my body continue to grow into the open.” Derek Lunsford stated.

Lunsford has competed at 212 through the entirety of his professional bodybuilding career and bulking up to make it into open is still unchartered territory for him. Elaborating further on the timeline, the 28-year-old alluded that his move up to the open category will depend entirely on how his body responds to the process.

“I’m 28 years old and I think that I need to spend a little bit more time in the gym developing my physique. How long will it take? We’ll see if my body just booms in one year who knows?” Derek Lunsford said.

Having earned his pro card with a second-place finish at the 2017 NPC USA Championship, Derek Lunsford scored the first win in the 212 division at the 2017 IFBB Tampa Pro. Courtesy to the solid victory, Lunsford was invited to 2017 Mr. Olympia and captured the fifth position at the grand stage five months into his professional career.

Despite being one of the most promising prospects, Lunsford has largely been criticized for not competing regularly and has only participated in Mr. Olympia in subsequent years. He captured the second position at the 2018 and 2019 Mr. Olympia and slid down to the fourth spot in 2020.

Lunsford’s 212 title win at 2021 Mr. Olympia came as a surprise as many expected Shaun Clarida to defend his title heading into the event. Instead, Derek Lunsford emerged victoriously and pushed Clarida to the second spot.

Average Biceps Size: How Do You Measure Up?