Derek Lunsford reacts to winning the 212 title at the 2021 Mr. Olympia 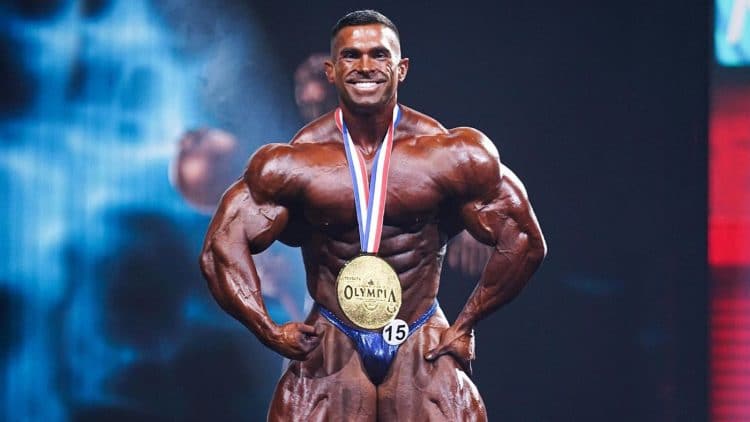 After years of coming in second place, Derek Lunsford was finally able to win the 212 Olympia title. Days after this victory, he gives his thoughts on the contest, and finally earning what he has worked so hard for.

With some second place scores, Lunsford was initially expected to take over the 212 Olympia mantle, following Flex Lewis’s decision to vacate the title and leave the division. However he faced adversity in 2020, coming fifth place, after failing to capture the title to Kamal Elgargni in 2019.

However that all changed, as he was finally able to ascend the mountaintop and win the 212 title at the 2021 Mr. Olympia over the weekend. Following this incredible performance, he posted a lengthy to his Instagram to give his thoughts on this moment, and the journey he has taken in the sport, to get to this point.

“AND NEW…
I can still hear the words coming from “the voice of bodybuilding” @ifbbprobobchick But I’m still in disbelief of what just happened. My dream was to be on the @mrolympiallc stage and win it. That’s the dream of every bodybuilder at heart,” Lunsford wrote.

“It’s HERE. It HAPPENED. The ‘far fetched’ thought of becoming 212 Mr. Olympia and people saying you’ll never make it… happened! I write this because many of you probably have the same goal. I encourage you to BELIEVE and FOLLOW THROUGH!!!! Someone has to be the best, why not you? Be diligent and consistent. Remember the opportunity for growth is in the grind, it’s in the struggles. Embrace the challenges and face them head strong.

“Put on the Armor Of God and fight the good fight everyday. ⚔️🛡 Surround yourself with likeminded people who truly support what you believe in and show them the same love they give you. Even though you put in hours of work that others don’t see…  Remember that without God and your close inner circle of people, you are nothing. Nobody is ‘self-made,’ Derek Lunsford continued.

“Thank you all for the incredible amount of love and support you’ve all shown!!! I will continue to improve as a bodybuilder, as a professional and as a man of God. But I can’t do it without you! 🙏 And with this platform.. I hope that some of you out there will believe in your dreams and goals and go after them with everything you have!
I want to see everyone pursuing their calling and stop listening to the naysayers. Go be the best you!!! 💯”