Welcome back to the series that is trying to get to the bottom of just what kind of macronutrient ratio we should use to maximize muscle gains during a muscle-building period. In part one we took a look at each macronutrient specifically and talked about their role in building muscle. We got a pretty rough idea of how much of each macronutrient we should consume and even threw out a couple of numbers.

In this article we’ll continue to research macros, talk about just how many calories we should eat and talk about maybe the most important factor in determining what to eat, genetics. 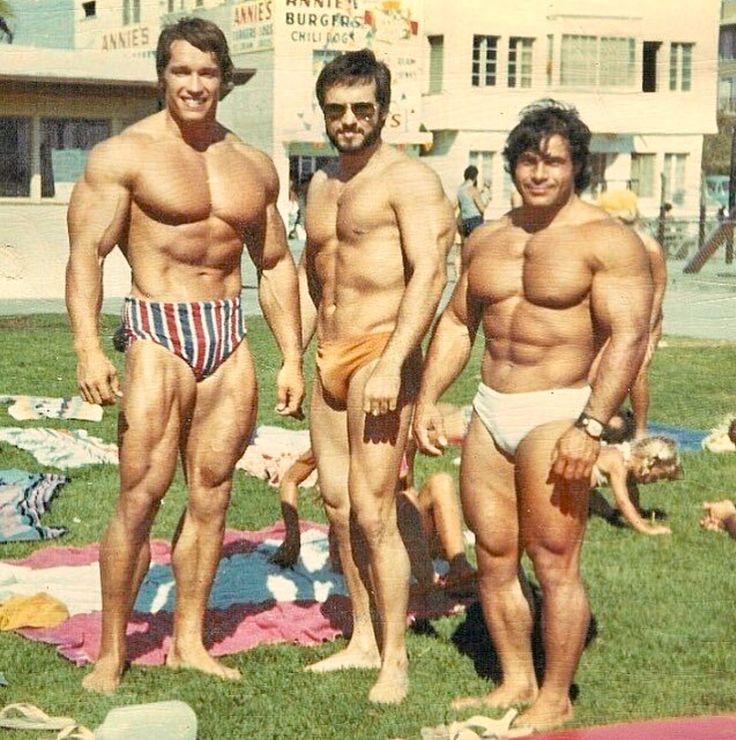 Lets talk about that pesky genetics. There is no macronutrient ratio that can be used generically for everyone out there. Genetics play such a large roll in what the right ratio is for you. We can however, make a determination based on the facts I brought you last week to determine what would be roughly the best ratio, but how that relates to fat gain at the same time is much different for everyone. For instance, the classic ectomorph is going to be way more carb tolerant than a typical mesomorph. Even dealing just with ectomorphs, endomorphs and mesomorphs is way too simplistic.

Each individual’s genetics vary big time regardless of body type and you have to learn from experience. Trial and error is the best way to find out what works best for you.

Now that we got that out-of-the-way I want to touch briefly on the myth that you need a lot of protein to build muscle. While a ton of protein can be good for someone new to lifting, that’s not likely to be anyone going through bulk and cut cycles. It has actually been shown the more advanced you are as a bodybuilder the less protein you need for building muscle. (1) The more muscle you build and the closer you get to your genetic limit, the less muscle you can build after training and in turn less protein is needed to build it.

So where did this myth of needing so much protein come from? 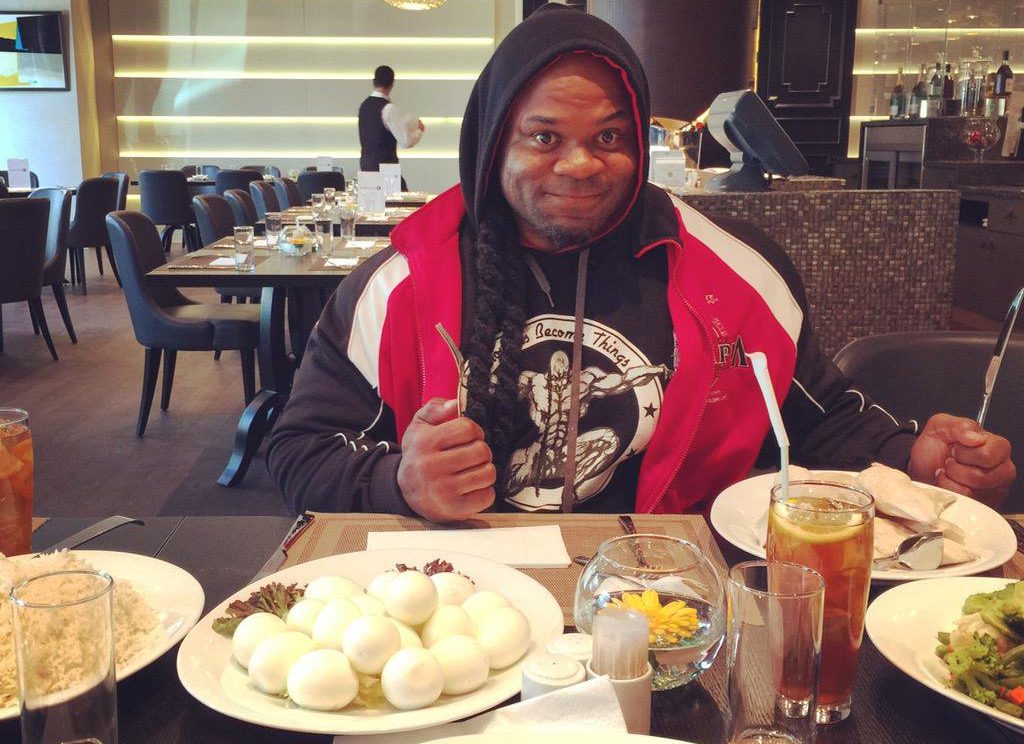 Well for one as we’ve commonly seen, it’s promoted by supplement companies and muscle magazines for obvious reasons. The more protein you need the more you’ll “need” their products. Also, a lot of the big time bodybuilders you see in these magazines do in fact take in a lot more protein. Someone who is on steroids is able to take in more protein and use it to build more muscle because they have an artificially elevated rate of protein synthesis. Simply put someone taking steroids can put more protein to use than someone who is natural can. So while you hear your favorite bodybuilder talk about what he or she eats, they are likely telling the truth but it’s pretty well irrelevant for you. The last thing would be the common thought process of “if something is good then a lot of it must be great” theory. Certainly, protein is very good for building muscle, but that doesn’t mean the more the better. More isn’t always better, better is better.

If you are someone who has trouble putting on the weight you are likely someone who has a hard time eating a lot of calories. Eating too much extra protein will only make you feel fuller and make it more difficult to eat the amount of calories needed to add size. This type of person should rely heavily on carbs. If you tolerate carbs well the more you can eat the better, while being sure to get at least the minimum amount of protein and fat. If you don’t tolerate carbs well and know very high amounts of carbs will build fat fast, you will probably want to lower carbs a little more, but at the same time, you still need to be sure to get plenty of carbs in to effectively build muscle. This is a difficult thing for some people to understand since carbs don’t directly build muscle, but in order to have the strength and energy levels to train to the fullest, they are imperative. 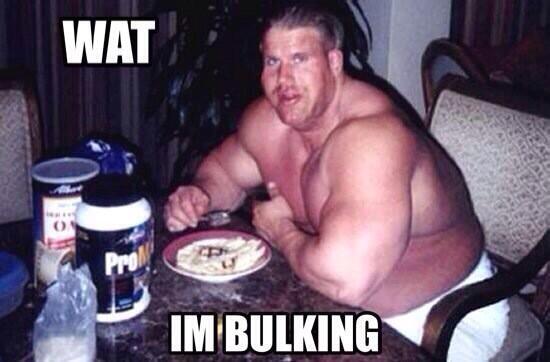 The last point I’d like to make is it’s important not to eat too much during a bulking phase and in turn, gain too much fat. If you do the “see food” diet and pretty much eat as much as possible to build muscle and not worry about fat gain you will likely be setting yourself up for failure. For one it’s unlikely you really want to gain a lot of fat during a bulk cycle. Secondly, if you do gain a lot of fat when it comes time to cut you’ll have to burn all that extra fat off and put yourself at risk of burning up your hard-earned muscle just to cut the unwanted fat. Plus the more fat you have on your body, the more difficult it becomes to train at a high level. Not to mention eating more than what’s enough to build muscle most likely won’t build any additional muscle anyway, just more fat.

Everything in moderation. It’s best to know your maintenance level of calories needed before starting. This will help you determine how many calories to eat per day. From there you can raise your calories around 300 calories per day (plus whatever is burned during training) for a while and see how your body responds. This should be enough to build the muscle you want. If you are gaining too fast you can decrease your intake a bit and if you aren’t gaining fast enough you can increase accordingly. If you are looking for a good lean bulk I’d say putting on anything over 1 pound per week is too fast. 1 pound may arguably be on the high side itself.  That’s a little different from the “eat big to get big approach” heard so often but it works. The big thing is to give yourself enough time to effectively build muscle. If you are bulking and cutting every couple of months you aren’t likely netting much muscle if anything.

Okay, I know what you are thinking, thanks for all the info, but what should my macro ratio be already!? In a muscle-building stage, bodybuilders need to be in a positive energy balance so that extra energy is available for anabolism. Training intensity is imperative and this is why adequate carbohydrate consumption is so important during a building phase. This is why I think to maximally build muscle a macro ratio of 60% carbs, 20% protein and 20% fat is ideal. However, that would only be ideal for building muscle without putting on a lot of fat for someone who tolerates carbs extremely well. Personally, I’ve been using a ratio of 50% carbs, 25% protein and 25% fat for the last two and a half months with great success, but that’s what I found to work well for me, and I actually tolerate carbs pretty well. I’ve put on 10 pounds with minimal fat gain so far. If you don’t tolerate carbs well I’d suggest cutting down carbs to 40-45% while keeping protein and fat around 25-30%. The best thing you can do, however, is experiment and see how your body responds.

The Squat Vs The Leg Press – Which Exercise Reigns Supreme

According to most nutrition experts, the average man needs to eat around 2,000 to 2,500 calories per day. This should...