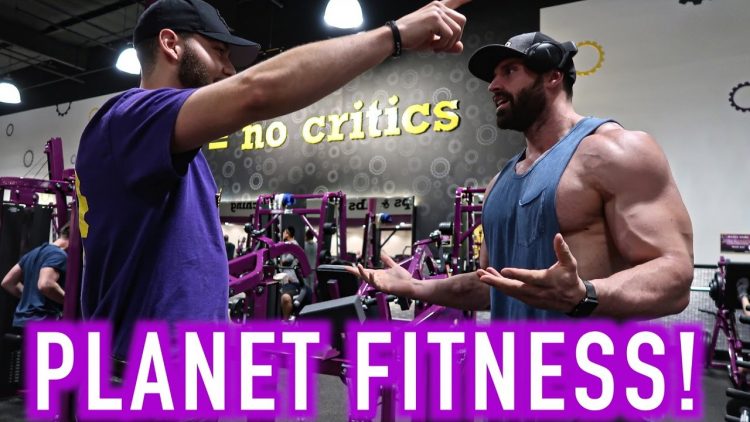 Before I get started with this article I’d like to take a short period of time to reflect upon something. You see this is my 52nd article here on FitnessVolt.com, which since I haven’t missed a single week tells me I’ve been at this for a year now. My how things have changed since my first article, and I’ve really enjoyed my time writing here. I’ve met some really great people through my writing and I really appreciate those of you who continue to come back each week and to everyone who supports us, it means a lot. I very much look forward to continuing my writing and I hope you’ll continue to follow along on this journey as we learn from each other.

With that out of the way, this week I’m going to piggyback Matt’s most recent article comparing the pull-up to the pulldown. He wanted to know if anyone could find a study comparing activation of the muscles between the two exercises. While I couldn’t find something that specific either, I did come across some very interesting research I thought was worth sharing. The key points we’ll be looking at today is what happens when we change our grips on these exercises. I think some of the information I will provide may surprise you.

Starting with the pulldown, research out of The Pennsylvania State University-Berks took twenty healthy men and had them perform lat pulldowns with 4 different grip variations using a load of 70% of their 1 rep max. Two trials of 5 reps were analyzed for the following grips; wide-pronated, wide-supinated, narrow-pronated and narrow-supinated. In case you aren’t aware pronated means overhand and supinated mean underhand. Researchers placed EMG electrodes parallel to the muscle fibers on the latissimus dorsi, biceps brachii and the middle trapezius. The results showed that both wide and narrow pronated grips had greater muscular activity of the latissimus dorsi than either of the supinated grips. Results also showed that there was no significant difference in muscular activity between wide or narrow pronated grips and there was no difference in the biceps brachii or the middle trapezius between any of the grip variations. (1)

Research by Lehman et al, (2004) showed similar results. Although while the pronated grip had a greater activation than the supinated group, the results of this study were less significant. They also found the biceps brachii activation the same between the two grips. On a side note this study also compared seated rows which showed a greater activation of the latissimus dorsi with the benefit of recruiting the middle-trapezious and rhomboids over the pulldowns, while biceps brachii activity was similar. (2) What all of this shows us is when performing pulldowns if you want to target the lats more you are better off with a pronated grip, and if you were changing your grip between wide and narrow to target them different, you probably aren’t making much of a difference if at all. Basically use whatever you are more comfortable with.

As far as the supinated grip, it’s generally thought that by doing this you are placing a greater emphasis on the biceps, but since the results of these studies show biceps activation to be the same with all four movements that takes care of that idea. The main reason is likely because with the pronated grip your elbows are positioned to the side of your body instead of more in front like with supinated. When the elbows are to the side, the shoulder joint will travel in a larger range of motion, hence the greater activation of the lats with the pronated grip.

Now the question becomes do we have similar results by changing our grips with the pull up? A study published in The Journal of Strength and Conditioning Research compared the pull-up and the chin-up using EMG electrodes on 21 men and 4 women. The pull up is done with a pronated grip and the chin-up is done with a supinated grip. However, unlike with the pulldown the biceps brachii was significantly different between the two variations. The pectoralis major and the biceps brachii had significantly higher activation during the chin-up whereas the lower trapezius was activated significantly more during the pull-up. Interestingly the study mentioned nothing about a difference in latissimus dorsi activity, but it did mention that both exercises followed a pattern of being initiated by the lower trapezius and pectoralis major and completed with the biceps brachii and latissimus dorsi recruitment. (4)

First, this research falls in line with Matt’s assessment that the pull up is more of a general mass builder while the pulldown is more of an isolation movement, though it is certainly still a compound exercise. Now, however, we know which grips work which muscles better. When it comes to pulldowns a pronated grip better targets the lats and also hits the biceps just as well as a supinated grip, and with a pronated grip it doesn’t matter if you are using a wide or narrow grip. If you want a little more bicep activity from a pulldown using a V-bar grip could be a good idea. When it comes to the pull-up a pronated grip better targets lower traps while a supinated grip (the chin-up) better targets the biceps and pecs. I find it interesting that a supinated grip activates the biceps better for a pull-up but not a pulldown, but as both Matt and I have covered, they are pretty different movements despite seeming fairly similar. With all of that, the choice is yours to which you would prefer. Certainly it’s not a bad idea to incorporate it all.

5 Nutritional Rules That Are As Good As Gold