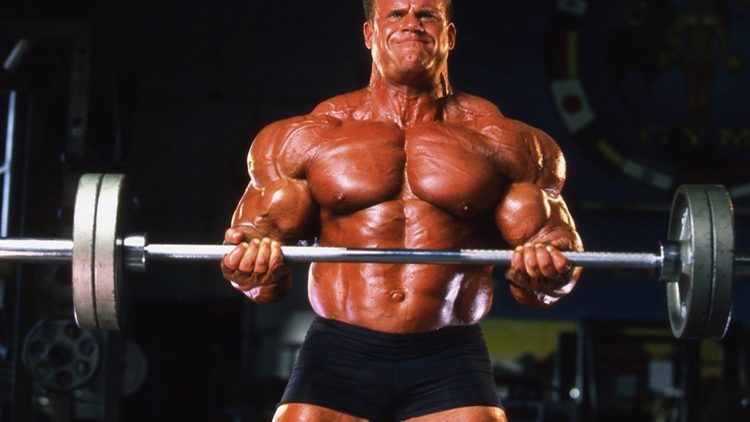 For those of us who train seriously, very little thought goes into what is going on inside of our body during a working set with weights. We are far too consumed with concentration in order to give our fullest attention and greatest level of intensity to the task at hand. After all, those heavy weights that we lift and grind out as many reps as possible with are not even an easy thing to even pick up, let alone do specific movements with. What happens to us physically from before a set begins until after its completion is a relatively incredible series of events, however, and I’d like to take you through all of what goes on inside of our body when we train.

Now it’s time to begin our set. We are ready to go and likely feel no pain from the previous set. If we are doing a set of 8 to 12 repetitions, the weight will feel light at first. Our muscles of course have to contract to move the weight we are lifting. Special proteins called actin and myosin interact with each other and cause our muscles to contract. Sodium enters the muscle fibers and potassium begins to exit them. This is known as depolarization and it changes the electrical charge of the muscle fibers and initiates the release of calcium into the cells resulting in the myosin attaching to the actin so it can pull it. This causes our muscles to shorten and contract.

Regardless of what you have heard, we call on our slow twitch fibers to begin completing our first reps. Although these fibers are weaker than the larger fast twitch fibers, they help preserve those powerful, but quick to fatigue fibers, for when the set begins to get tough. This usually starts to happen in the middle of the set when that weight doesn’t feel so light anymore. Each rep becomes harder to lift and we begin to feel pain at this point. Our body recruits more and more slow twitch fibers but begins to also recruit the much bigger and stronger fast twitch fibers. The myosin that is used to help our muscles contract uses adenosine tri phosphate for fuel and this is supplied largely from creatine phosphate. Our muscles make adenosine tri phosphate by breaking down glucose during the set by a chemical reaction called glycolysis.

By the time we are late in the set and have only a few reps to complete our muscles begin to fail. Each rep becomes a struggle and our energy is running out. To add to this, lactic acid is now causing a burning sensation in our muscles that is almost telling us to quit. Even as we lift the weight for the final rep, is it almost sheer will that accomplishes the goal. The lactic acid has made lifting so painful by this point that it feels as if we are damaging ourselves just getting the final rep up.

To accomplish those last few reps our body has had to recruit as many fast twitch fibers as is possible. Also, as the set progresses it becomes harder and harder for the myosin and actin to extend. As a result some of the actin rips away from the myosin. This causes molecular muscle damage.

The chemical reaction glycolysis that provides the adenosine tri phosphate for energy is also the same energy source for the lactic acid. Lactic acid is the reason our muscles burn during and after a set, as mentioned above. Lactic acid will most often be a big reason why you stop your set, especially with very painful muscles like calves. That same lactic acid also appears to be the reason that growth hormone is released and in direct correlation. The more lactic acid circulating, the more growth hormone is released, so that alone is worth enduring the pain as long as you can. It is also possible that lactic acid is responsible for adding force to muscle contractions.

After the weight has returned to the rack or the dumbbells to the floor, the lactic acid begins to be buffered by bicarbonate and helps to alleviate pain. Fat is also burned to produce more adenosine tri phosphate and this also serves to help restore creatine levels. The sequence of events is that lactic acid rises, triggering the release of growth hormone, which in turn enhances fat burning and aids in muscle regeneration and growth and the fat burning restores both adenosine tri phosphate and creatine levels. Testosterone has also risen during the set and this will of course play a major role in the regeneration of muscle tissue. Due to the muscle damage from the myosin and actin tearing apart from each other the muscle will receive proteins which actually further break down the damaged muscle tissue.

Due to the all of the muscle damage occurring, inflammation will set in and the white blood cells that accompany this inflammation will help in the removal of the old, damaged muscle tissue so that the process of rebuilding new and even stronger tissue can begin. The process of complete recuperation takes a few days to complete. We all know that we build muscle when we aren’t at the gym, but the process of stimulating that muscle to grow is a fascinating sequence of physiological interactions.

The Best Protein For Building Muscle

In the bodybuilding world, vegetables are an underutilized nutrition source. While most lifters focus on eating meat, fish, and eggs...

A lot of exercisers work out and watch what they eat for weight management purposes. This can mean trying to...

Our sleep is regulated by daylight and darkness. In the morning hours, our body increases its production of adrenaline and...