C.T. Fletcher is in the hospital for the heart transplant.

The powerlifter and bodybuilder icon is waiting for a heart to be found, so the transplant could go ahead.

C.T. Flecther is a man who has never been afraid of telling the truth about himself and once again he is hoping to both inspire and keep his fanbase informed. On his official Twitter account, Fletcher posted a photo of himself sitting upright in a hospital bed, stating that he’s not accepting visitors as they’d see him after his transplant.

Typically of Fletcher, this shows a resolve and confidence in what are pretty tough times. Heart transplants do fail and approximately 85 to 90 percent of heart transplant patients are living one year after their surgery, with an annual death rate of approximately 4 percent thereafter. The three-year survival approaches 75% according to a study report by uptodate.com

“I watched my mom & brother pass away from heart disease & when they were in the hospital relatives came that I hadn’t seen in yrs. They came because they thought it was their last chance to see them alive. Im not accepting visitors because they “will” see me after my transplant” 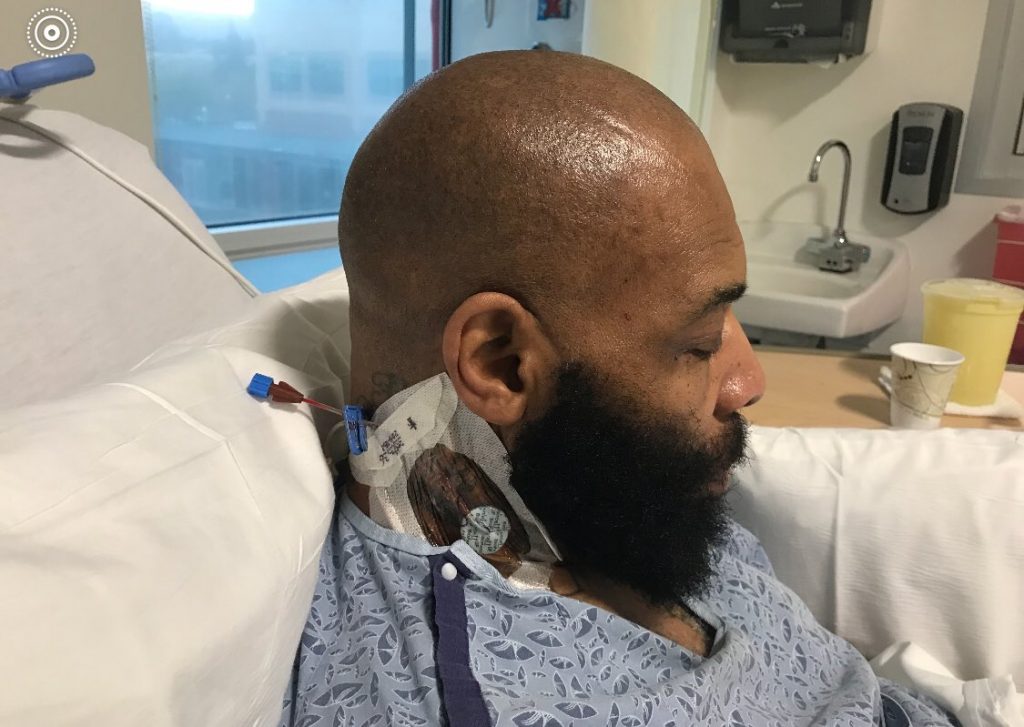 Fletcher also shared a video update while waiting for the heart!

QUICK UPDATE ON MY CURRENT SITUATION. THANK YOU ONCE AGAIN TO ALL MY IRON ADDICTS FOR YOUR OVERWHELMING SUPPORT AND PRAYERS. NOW, WE WAIT. #IMBLESSED #HEARTTRANSPLANT #FUCKDEATH https://t.co/dO8h4BW7aL pic.twitter.com/cWTqK33Sqh

OPENING MY EYES AFTER TRANSPLANT WILL BE ONE GLORIOUS THING. CANT WAIT TO START PISSIN FOLKS OFF WHO ARE HOPING I DONT MAKE IT. IM’A WAKE UP LIKE “FUCK Y’ALL” pic.twitter.com/XrgGGXbwIA

OK FOR EVERYBODY WHO ASKS ME “WHEN IS THE SURGERY”, ITS IMPOSSIBLE TO KNOW THE EXACT DATE AND TIME. SOMEONE HAS TO DIE, AND THEIR HEART HAS TO MATCH UP WITH YOUR BODY. SO YOU HAVE TO WAIT BY THE PHONE, FOR THE CALL THAT WILL FOREVER CHANGE YOUR LIFE. ONLY GOD KNOWS pic.twitter.com/Y8nO6t7Kxk

Fletcher had a major heart attack in June 2017 isn’t giving up hope at all and we’re pretty sure “Superman From Compton” will pull through the heart surgery, he flat lined 3 times and still came back! C.T. is without a doubt one of the most motivational and influential figures in the bodybuilding & fitness community.

Wishing you all the best C.T. Fletcher!

In what has been a sad week for bodybuilding, Bostin Loyd has passed away at just 29 years old on...

Fitness influencer Kali Muscle recently went through a serious health scare, being hospitalized after having a heart attack. Now he...