WATCH: Lee Priest’s Best Condition of All Time At Mr.Olympia 1999 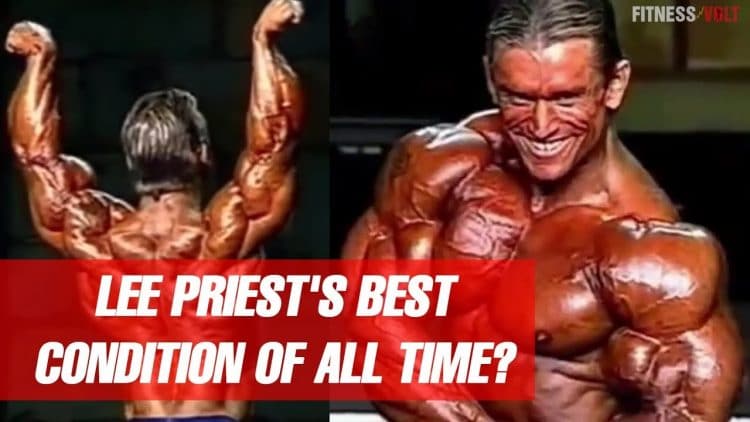 Lee Priest Would Have Been A Dominant 212 Champion!

Lee Priest is undoubtedly one of the most iconic bodybuilders of all time and has proved time and again that he is a top tier bodybuilder. Although he may have been on the lighter side of the equation, Priest was able to contend with some of the best of the best out there. Priest’s size disadvantage didn’t stop from giving his all and being one the most well-built individuals on stage.

The video clip below features Lee Priest on the 1999 Mr. Olympia stage proving just how talented he was in his heyday, so much so that he would have made a great 212 champion.

Keep in mind 1999 Mr. Olympia was stacked with unbelievable talent including the champion Ronnie Coleman, Flex Wheeler, Chris Cormier, Kevin Levrone, Shawn Ray, Dexter Jackson and mass monsters like Paul Dillett, Nasser El Sonbaty, Markus Ruhul…  and for a guy who stood just 5′ 4″ tall doing battle with guys that are 65 to 70 pounds heavier than he is really says something about his conditioning.

Priest’s size for that height was just amazing he looked like a statue:

Probably the Best Form of his life?

Following an uneventful season in the sport last year, bodybuilder James Hollingshead is determined to have an impactful 2022 by...