So finally superstar Dwayne Johnson watch the “Conor McGregor: Notorious” — the documentary about the Irishman’s extraordinary rise to the top of the combat sports world, and he liked what he saw. 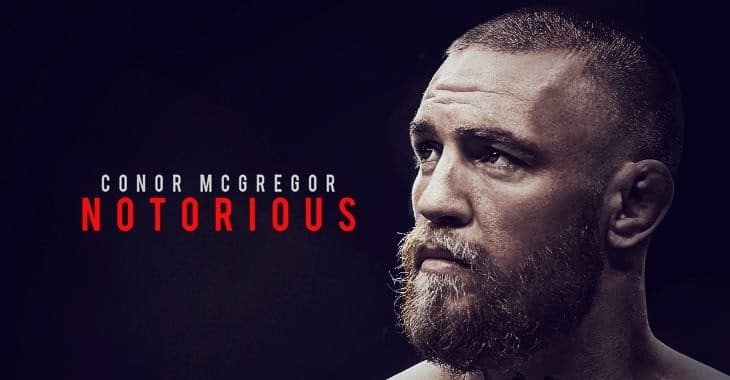 The WWE veteran and Hollywood icon reached Conor McGregor after watching the ‘Notorious’ documentary, leading to a big love fest between the two.

McGregor may have lost some fans with his recent behavior, it seems like The Rock still has a lot of respect for the former Champ Champ. The Rock took to his Instagram page to share his thoughts on the film. The Rock wrote:

“Great insight into the DNA of this successful and smart businessman.” The Rock said: “Best part of his success, is when you strip it all away—it will always come down to being the hardest worker in the room. Those roots never go away.”

It did not take long for McGregor to notice the feedback. McGregor responded by sharing The Rock’s message:

“Thank you Rock! Your work ethic is inspiring to me and I appreciate these words very much!”

He signed off by saying “big respect my Uce,” which is Samoan slang for brother.

The former lightweight champion has been unusually quiet on social media since his misadventures at UFC 223 media event. He was due to return to a UFC Octagon this year but talk of a comeback bout has been postponed as McGregor is due to appear in a New York City court on June 14.

McGregor faces assault and mischief charges for throwing a metal trolley through the window of a bus carrying UFC athletes and employees.