The former Strikeforce welterweight champion Nick Diaz reportedly is in trouble again, as the fighter has been arrested for domestic battery in Red Rock County, Las Vegas.

Diaz didn’t compete in the UFC since losing a decision to Anderson Silva at UFC 183 back in January 2015. Later the result was overturned to a no-contest, with both fighters failed drugs tests. 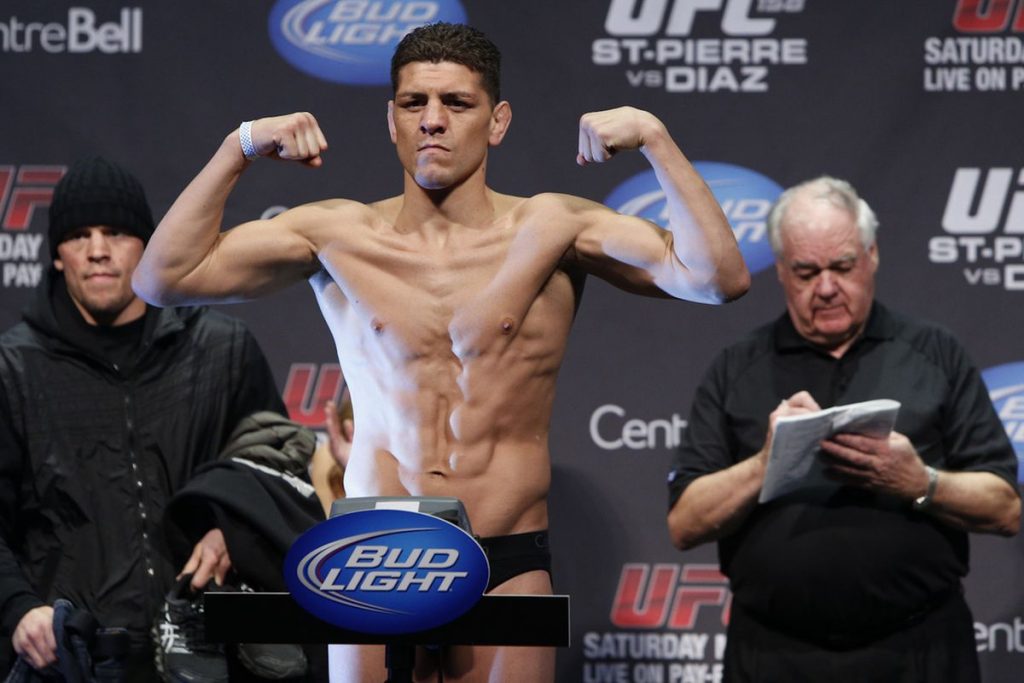 However, this arrest may put a halt to his return to UFC Octagon. The news first came from FrontRowBrian on Twitter: 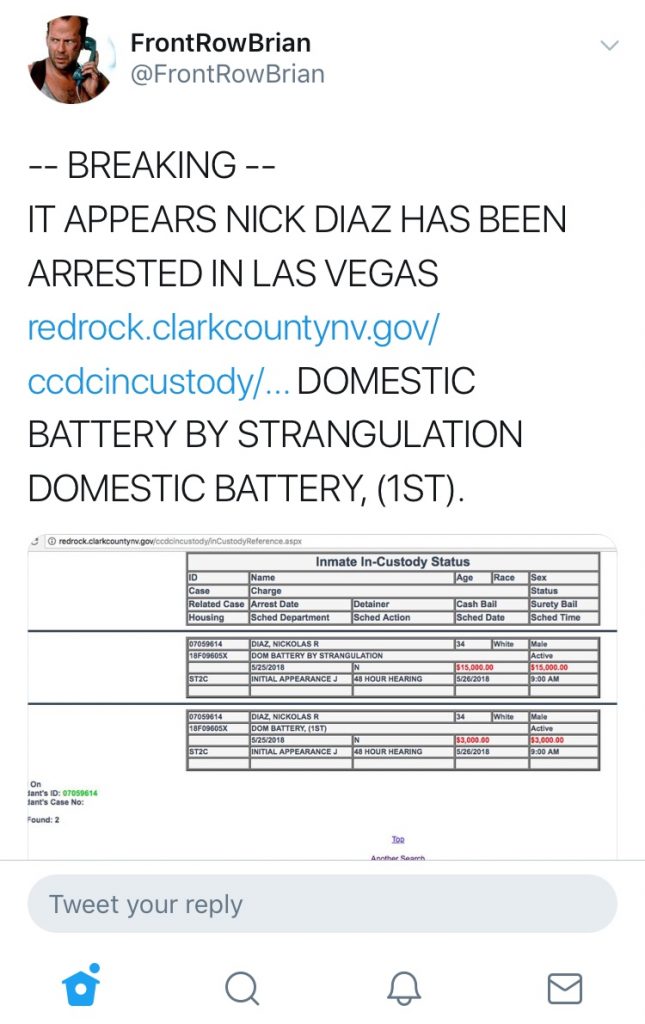 There is no further development as of Friday afternoon as to whom Nick Diaz has allegedly tried to strangle or injured in other ways.

According to the news report on MMA Hits: Diaz reportedly held on $15k bail for the strangulation charge as well $3k bail for domestic battery assault.

WATCH: Would Phil Heath Compete In Mr. Olympia With A Beard?