Nathan DeAsha: Will Phil Heath win number eight or will I win number one?

DeAsha after winning the California Pro went to his social media boasted he ‘slayed 56’ IFBB Pros in the past weeks to confirm his dominance in the sport. DeAsha wants to be compared side by side to Phil Heath and asked his fans,

In the above video, you can also see Rolley Winklaar shares his expectations at the 2018 Mr.Olympia according to him he hopes to win his first Mr. Olympia title or he is expecting himself at least at the top 3.

“I will come for you Phil Heath”

Watch the above video and lets us know what you think who can beat Phil Heath at this years  Mr. Olympia? 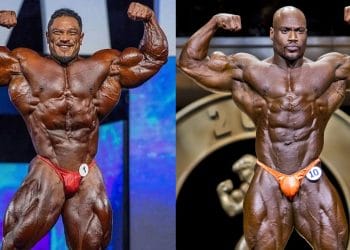 Push Ups vs Bench Press: Which One Should You Do?

2021 CrossFit Games Results and Prize Money For All Divisions