The UFC 219’s main event brought a lot of fireworks, as two of the biggest names in MMA Cris Cyborg square off against Holly Holm in front of a loud T-Mobile Arena in Las Vegas, Nevada.

Holm didn’t capture the UFC women’s featherweight title from Cyborg, nor did she leave the octagon unscathed. Holm came up short on the judge’s scorecards after 25 minutes of back and forth action and Cyborg successfully defended her UFC featherweight title.

By the championship rounds, “The Preacher’s Daughter” had serious swelling around her left eye due to Cyborg’s hard punches. By the time she got backstage, her eye was essentially shut.

It was an awesome performance from Cyborg, who, despite losing two rounds, won the fight with ease and hardly have a blemish on her face. 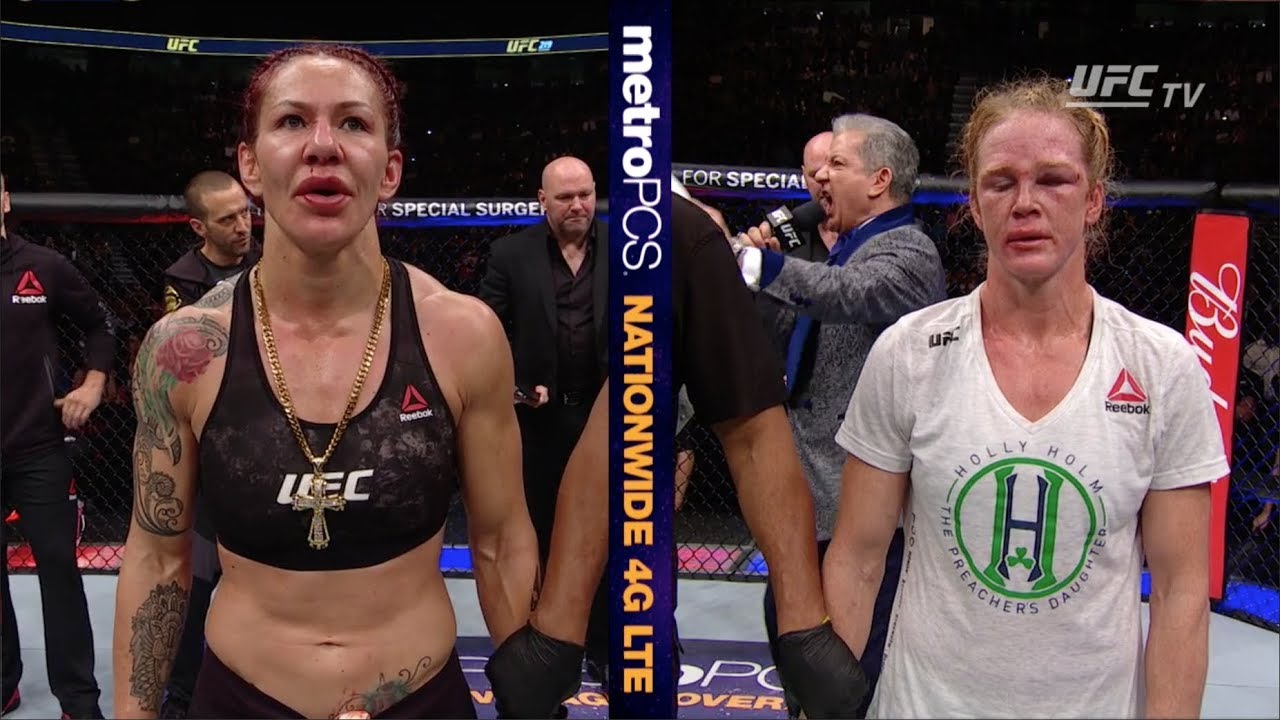 Holm was left looking almost unrecognisable after taking significant damage to her face. 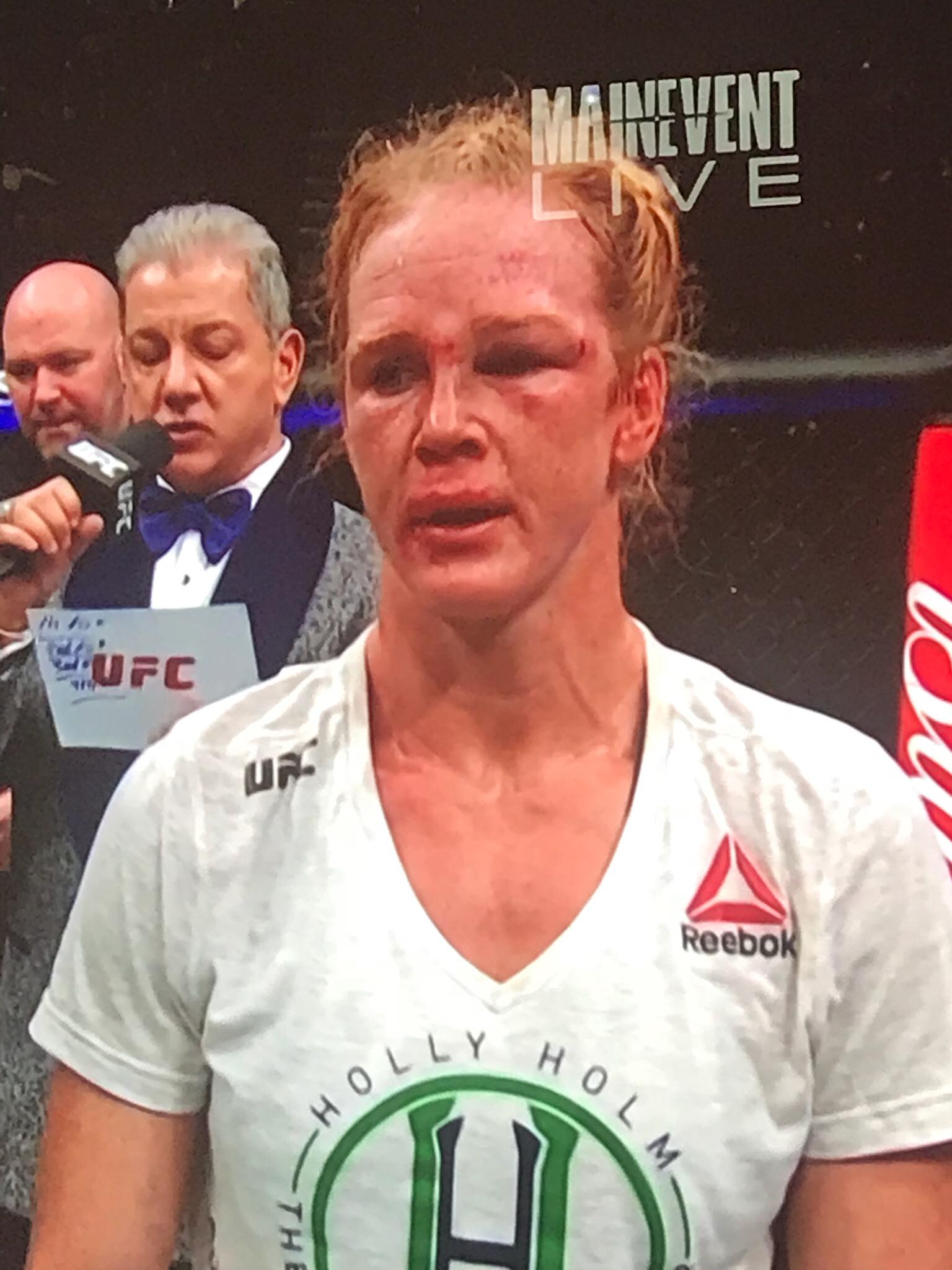 Holm’s manager, Lenny Fresquez, told ESPN that his client was checked out at the hospital post-fight and did not sustain any ‘serious’ injuries.

The superficial damage is almost certainly unpleasant, but that didn’t stop the former UFC bantamweight champ from smiling for a photo with her friend, ring announcer Bruce Buffer:

“@HollyHolm is true Warrior both in “Victory & Defeat”… Words cannot describe my respect & fandom for her… I feel so honored to call her my friend. She is a true example of “To Be Great Is To Be Humble” ? #UFC” – Bruce Buffer 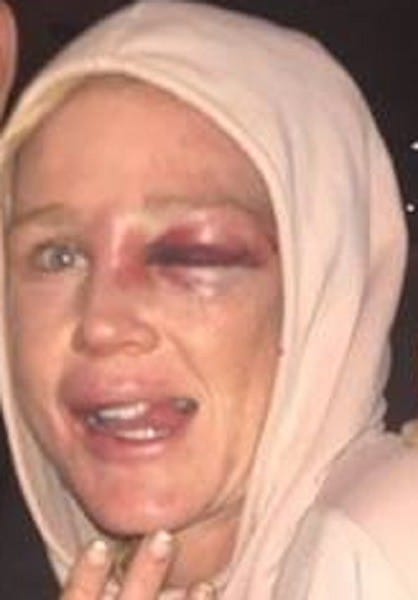 A number of MMA fighters took to social media to give their thoughts on her performance.

I don’t care the results even Holly is my Hero

Good fight ladies. I'd like to see it again. @ufc pic.twitter.com/lax0qwT4nd

Tremendous fight by both women! #respect to both. I have it Cyborg taking every round. @ufc

Great fight ladies! Congrats Cris on retaining your belt! 👏🏻👏🏻 @ufc I think there's only 1 fight to make now against a legit featherweight. #UFC219

I apologize for ever doubting you @criscyborg

No disrespect to Cyborg, but I had @HollyHolm winning that one @ufc #UFC219

Such a great fight but what's next for Cris Cyborg? Who can come close?