Daniel Cormier made history at the UFC 226 by delivering one of the most electrifying moments in the history of MMA sports as he KO one of the best heavyweight champion Stipe Miocic in the main event of the night, Sat., July 7, 2018.

Dana White had high praise for the new two-division champion at the post-fight presser, calling Cormier ‘one of the best to ever do it’, he also called him a great ambassador for the MMA sports:

“One of the best of all-time. This was the right fight for him, in that, If you think about his career, he steps down from heavyweight to go to light heavyweight because his friend is a heavyweight. So he goes to 205, has an incredible career, but has that Jon Jones thing.

“And Jon Jones is, in my opinion, you know if not the, one of the best of all-time. Could be the. The potential that Jon Jones had, who knows what he could have done at heavyweight and everything else, so he’s got the shadow of Jon Jones. Moves back up to heavyweight and knocks out the best heavyweight ever in UFC history in the first round, decisively.

“I think that what this does is finally gives him the respect he deserves. And he’s a two-division champion and now he’s got a big fight ahead of him, big fight, big payday, and it couldn’t happen to a better guy, he’s an incredible ambassador for the sport.”

After the fight, DC called out Brock Lesnar, who was in attendance at UFC 226. The former UFC champion and current WWE star stepped inside the cage and set the stage for a great super fight down the road. 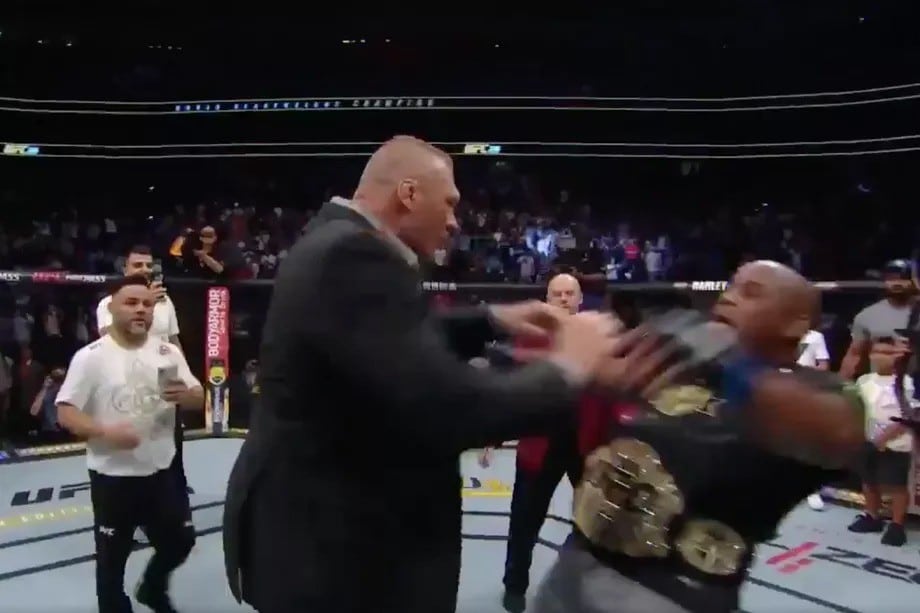 Cormier said as they were being separated:

And UFC President Dana White just confirmed that fight will happen, explaining how Lesnar supposedly was during UFC 226:

“Yeah, we’re definitely gonna make that fight. So, Lesnar hit me up a couple days ago and says, ‘Sorry I went dark on ya, I had some stuff I had to take care of and I’m gonna come to the fight this weekend.’

Okay, see you Saturday. He came here tonight and he was all fired up if you couldn’t tell, I mean, right when he got to my seat on the side he was acting like a lunatic. He was fired up and excited for this fight. His gut told him Stipe because he thought Cormier put too much weight on for this fight. He thought it was going to affect him. And, it didn’t”

Well looks like Daniel Cormier has earned quite possibly the biggest fight of his career.