Tonight at the main event of UFC 227, T.J. Dillashaw and Cody Garbrandt’s rematch lived up to its promise of being wild and every bit of exciting as the first.

TJ Dillashaw just proved again that he is the best bantamweight fighter in the world as he knockout his heated rival Cody Garbrandt second consecutive time. But this time in the first round. Dillashaw, KO’d Garbrandt in the second round of their first match at Madison Square Garden, NY last November, and tonight got the job done in the opening round.

Dillashaw (17-3) got the best of Garbrandt after 4:10 of wild action at Staples Center in Los Angeles and retained his UFC bantamweight title via TKO. After winning Dillashaw said:

“I am the best bantamweight of all-time.

that’s it, the best bantamweight of all-time, right here.” 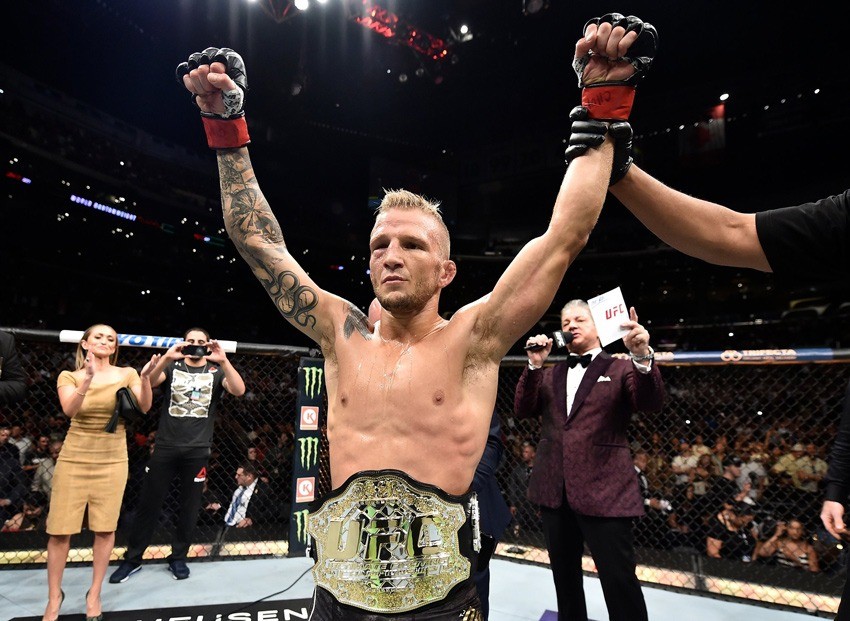 Dillashaw accepted the callout from new flyweight champion Henry Cejudo, who just defeated Demetrious Johnson in the co-main event of the UFC 2267 to claim the belt, said he wanted to go up to 135 pounds and challenge Dillashaw.

“You want that, let’s bring it, baby,” Dillashaw said.

Cody Garbrandt (11-2) lost his second consecutive bout to Dillashaw, leaving him with a long path back to the top of the division.

Check out all the action:

The bantamweight champ ladies and gentlemen:

"I'm always going to bring it."

🏆 The CHAMP @TJDillashaw has a message for the fans! #UFC227 pic.twitter.com/4mRk8W60OJ