The 72-year-old action star Sylvester Stallone became a fitness icon early in his career after playing iconic roles like Rocky Balboa and John Rambo. Stallone is one of the few action stars who maintained a very active fitness lifestyle throughout the years.

Despite Stallone’s age, he is more than ready to take on Rambo once more and made the ultimate tease for Rambo 5 with a video revealing his workout prep, going full beast-mode for his return to the iconic role. In the video, the 72-year-old actor flipping a huge 250lbs weight across the gym floor and giving a little flourish of celebration when he finishes his set. Stallone wrote in the caption:

“Getting ready for Rambo Also just because you’ve REACHED a certain age doesn’t mean you have to FEEL that age! Keep pumping, keep punching!”

Considering his mindset on training, it’s no surprise that Stallone will be ready and jacked for the action-packed Rambo 5.

Stallone co-wrote the script for the fifth installment of Rambo franchise and set to take on the Mexican cartel. In this sequel, ‘Rambo’ now retired and living a humble life as a ranch worker in Arizona following his previous violent Rambo adventures, is pulled into another bloody conflict when the daughter of one of his friends is kidnapped. Rambo teams with an investigative journalist to track down and rescue a group of girls kidnapped by a vicious Mexican sex trafficking ring. He crosses the U.S.-Mexican border and, in doing so, goes head-to-head with one of Mexico’s deadliest drug cartels.

Earlier this month, Stallone released a teaser poster for Rambo 5 that confirmed a fall 2019 release. 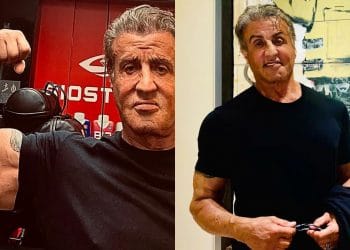 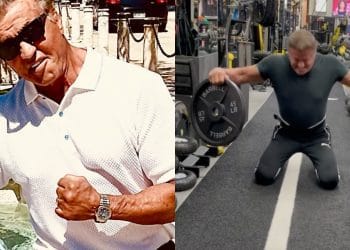