Conor McGregor isn’t interested to do Media for UFC 229

Get away Dana White, the real UFC boss Conor McGregor does what the f—k he wants. The former UFC double champ, Conor McGregor gearing up for his recently announced UFC 229 PPV main event, where he’ll face Khabib Nurmagomedov. 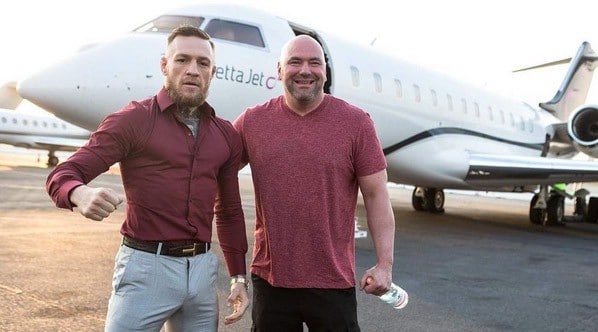 Considering how huge this event is expected to be, there has been very little information or indication about when the promotional side of things will kickstart.

UFC isn’t happy about the whole situation, Dave Meltzer’s ‘Wrestling Observer Newsletter’ newsletter reported, the reason why Conor McGregor hasn’t done any press conferences or media interviews is that he hasn’t agreed to do any of them and “a lot of frustration within the UFC about McGregor’s attitude.” (via Middle Easy)

“One of the reasons you haven’t seen much in the way of interviews and such is that McGregor has not agreed to do anything. There are no press conferences scheduled because McGregor at this point hasn’t agreed to them.

There is a lot of frustration within the UFC about McGregor’s attitude, but in the end, he’s got the leverage and the ticket sales and secondary market results only give him more leverage.

The feeling is that this may be the biggest non-boxing PPV of all-time, and the only reason it wouldn’t be is that McGregor hasn’t been pushing it hard.

McGregor was able to get a larger piece of the action for this fight than any of his UFC fights to date, so there is a direct correlation more than ever between his work in promoting the fight and his pocket book, but this may also show that he knows he’s in a real fight and doesn’t want to break training.”

Well, this isn’t anything new as Conor just trying to be Conor, he famously known as someone who has ‘mixed feelings’ about media participation. While the overblown circus that came from his boxing fight against Floyd Mayweather is one thing, but when it comes to his MMA – he has not been afraid to put his foot down.

We are about five weeks away from the biggest fight in the history of the MMA!

Shawn Rhoden is Looking Powerful, Vascular and Shredded Weeks Out From Olympia