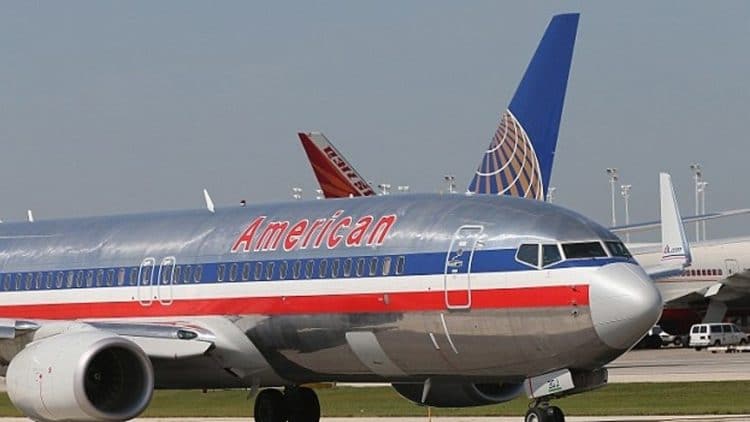 American Airlines flight 2763 from Phoenix to Boston was forced to make an unscheduled landing at Kansas airport to remove unruly passenger on Monday evening because guy refused to stop doing pulls ups on an overhead cabinet. 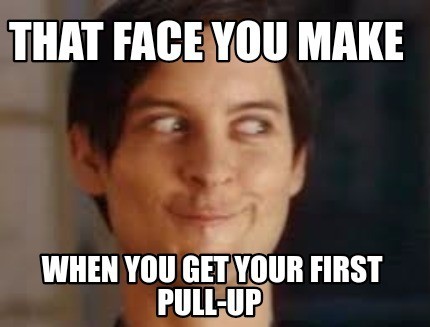 According to Boston TV station WBZ, the unnamed fitness freak boarded the plane with his two dogs and appeared to be intoxicated.

This man was putting out his bags to the overhead compartment and begin leaning on to it, with another passenger teasingly asked him if he was going to do the pull-ups, that’s when things took a wrong turn.

“He was leaning up against where you put the bags overhead and a passenger came by and said ‘What are you going to do, some pull-ups?’ and the guy actually grabbed on to it and started doing some pull-ups on the plane in front of everybody,” passenger David Markoski told reporters.

When flight attendant requested him multiple times to sit down, he refused, eventually becoming”verbally abusive,” according to passenger David Markoski. That’s when the pilot decided to make a landing in Kansas City, where law enforcement got into the plane and escort the guy.

“He would not sit down,” Markoski said. “The flight attendant probably asked him about three or four times to sit down and he refused to sit down and then he really got verbally abusive with her, starting calling her names.”

After clearing the chaotic passenger, the plane reached to its final destination at Logan Airport around 1:00 a.m. With the latest reports, no charges have been filed against him. According to USAToday, the flight reached Boston about 90 minutes late.

We all understand how frustrating it’s to sit idle for hours during long flights, but let’s be realistic that planes aren’t the place where you do unusual things like pull-ups even someone instigates you to do it.

Bodybuilder Kai Greene has earned a reputation for being one of the biggest bodybuilders on stage nowadays. However he recently...

A Teen was kicked and nearly injured by a gym member for deadlifting  "too loud". Crazy things happen all the...