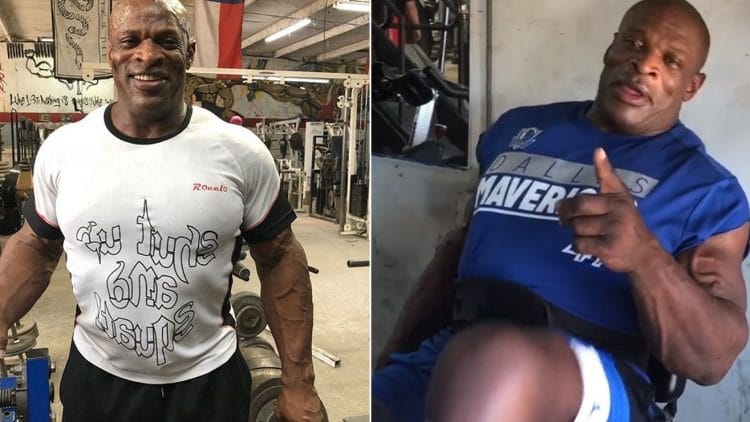 Ronnie Coleman Is A Real Example Of The Positive Guy In The World Of Bodybuilding!

Many people think bodybuilding isn’t considered a sport for an older guy. Most like in other athletic games, the idea is that you can only perform at your highest level somewhere between your early twenties or mid-thirties.

Most people quit when they’re out of their prime time. It’s worth considering that injuring at old age is not a good idea as it’s hard to recover. Many people lose passion or faith when they hit a massive injury they think it’s the end. But that’s not the case with former eight-time Mr. Olympia Ronnie Coleman.

Ronnie Coleman is the man who blindly follows his dreams no matter what happens. This guy can overcome even the most difficult challenges! Even life-changing injuries weren’t enough to remove him off the track!

During the period between 1998 and 2005, he was the real example of world-class physics. You could have seen every muscle on his body, even the forearm ones. He is famous for powering through 200-pound dumbbell presses and 800-pound squats. His routines are still the mission impossible for the huge number of bodybuilding superstars.

Ronnie Coleman’s trademark is the sentence:

The former Mr. Olympia’s career came to a halt when he faced a series of terrible injuries. During his career, Ronnie has undergone both hips replacement, a fusion of neck C4-C5-C6, and even fusion of L3-L4 discs. Many bodybuilders would end their careers. But Ronnie Coleman didn’t learn the meaning of the word defeat yet.

Unfortunately, he has had three pretty serious surgeries during 2018. He informed the fans two weeks ago about his condition after the latest back surgery. You can say he was moving but the walker was a must.

When you see this, you will probably think Ronnie Coleman is insane. He is already training on the exercise bike in the gym! Read his recent Instagram post below!

“Dr told me I can’t train just yet but cardio on the incumbent bike is good after back surgery to get the legs stronger. So here I go again, not on the comeback but on the road to recovery. Yeah Buddy, Lightweight baby, it still Ain’t nothing but a peanut.”

One thing is certain, Ronnie Coleman has an iron will! Let’s hope he will surprise us with some heavy set of weights soon!

Ronnie Coleman is one of the most successful bodybuilders on the planet, though he has been enjoying retirement in his...