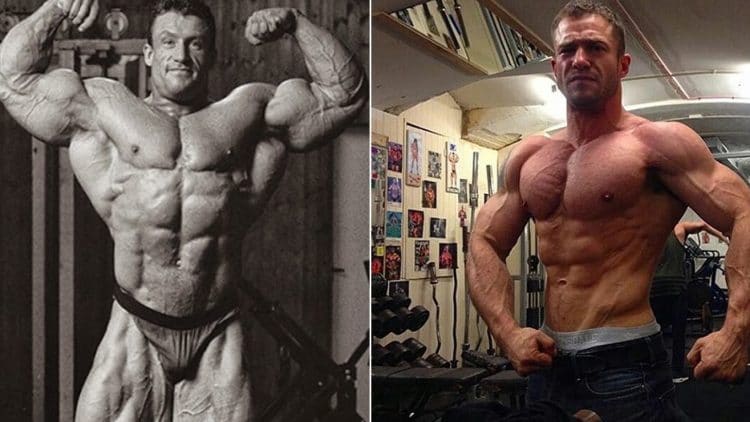 It’s apparent that Bodybuilding is a challenging task all on its own and to get results, you have to be committed to the task, constant hard work, adherence to the strict diet and smart training methods are the list toppers. But most important your progress is mostly dependent on your genetics.

A very few individuals who possess some great genes which respond well to their training and that helped them to get their physique to another level. Dorian Yates is one of the few bodybuilding legends and former 6x Mr.Olympia winner, whose built his physique in a way that he dominated the competitions during his reign in the early nineties.

Dorian’s transformation was out of this world; it was simply metamorphosis. He was the monster size, Dorian also had paper thin skin. He had an insanely shredded physique that you could see every muscle fiber of his body. Dorian’s back had massive thickness and width, which can still beat all the pro-bodybuilders in the current era. He changed the presentation of bodybuilding what it has become today.

Now he’s passing on all those qualities to his son Lewis Yates who itself is a personal trainer and fitness freak. Lewis recently posted a video where he is killing the weights, that shows how much he may genuinely want to explore the world of bodybuilding.

Some raw footage ov today’s chest session . Yes I scream like a mofo and yes I pull some fucked up faces ? it’s how I control my breathing and get the most out ov my set . power was high today like a man possesed. shout to my boi @eltonpintomota . Using the force today like jedi with a redeye!! And let’s not forget the @dynutrition_uk blood n guts pre workout power

11plate press first time in a year since I’ve been back up to this weight. The wheels are growing ..this was after a 4plate hack squat day bay day brick by brick the Manson is being built !!

What do you think of Lewis Yates workout? Do you think he’ll compete in bodybuilding in near future?

Khabib Turned Down $15 Million For Mcgregor Rematch; Instead Wants To Fight Tony Ferguson

Dorian Yates carved out one of the most successful IFBB careers the sport has seen when he dominated the Olympia...